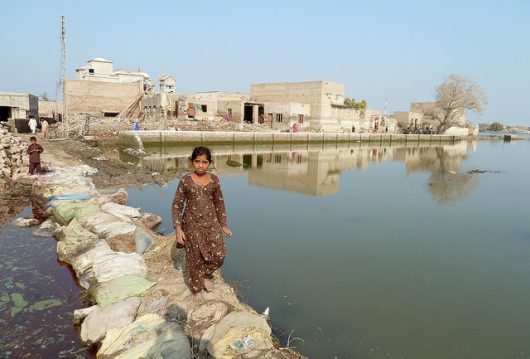 More than 12.5 million children are involved in child labor in Pakistan. According to Reuters, “Pakistan’s Labour Force Survey, 2014-15 showed that of those children aged between 10 and 14 years active in child labor, 61 percent were boys and 88 percent came from rural areas.”

In Pakistan, 38.8 percent of the population is living in poverty, with one in four individuals living in acute poverty. For many citizens in Pakistan, it is hard to find a job or to secure one paying enough to provide for a family. Students from impoverished backgrounds who are unable to enter school are most likely to become affected by child labor in Pakistan.

Many child workers are often abused where they work, suffering beatings or torture. Many children are sent to live with middle class and elite class families to perform as domestic servants. Jobs like these become particularly dangerous for children, as they are at the risk of physical and sexual abuse without real supervision.

There are a few programs funded by the government to tackle child labor in Pakistan. For instance, the Children Support Program gives parents money so that they can send their children to school instead of encouraging them to join the work force. This program is available to parents of children ages five to 16. So far, the government has distributed $3 million to families.

In 2016, Pakistan was criticized for not conducting any surveys focusing on the child labor of the past 20 years. This allowed for about 25 million children, who are not attending school, slip under the radar.

On Jan. 26, 2017, the province of Sindh made child labor illegal under The Sindh Prohibition of Employment of Children Bill, banning children under the age of 14 from working. The law also prohibits adolescents from working between the hours of 7 p.m. to 8 a.m. and for those adolescents who are working, they cannot work more than three hours a day.

Sindh is known as the most impoverished province in Pakistan. As reported by tribune.com, “In Sindh, 43.1 percent [of the] population is extremely poor due to lack of education, health facilities and poor living standards.” The new law states that offenders of the child labor law will be imprisoned for six months and fined 50,000 rupees. Meanwhile, offenders who are found with child workers in dangerous workplaces (such as stone crushing and carpet weaving) will be sentenced to three years of imprisonment with an increased fine of 100,000 rupees.

Since the province of Sindh is beginning to tackle the issue of child labor in Pakistan, in the future, the rest of the Pakistani work force could follow its example and eliminate all labor misconducts.