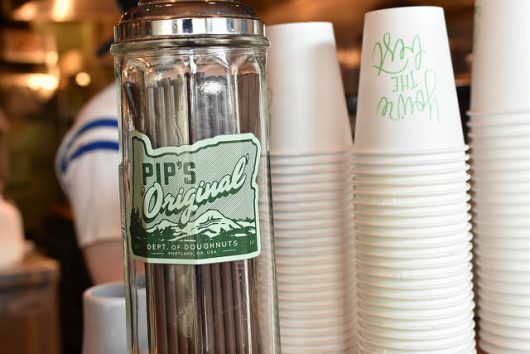 Pip’s Original Doughnuts and Chai is a quaint doughnut shop situated in the heart of Portland, Oregon. Last year it received media attention because of its Freedom to Give initiative. This initiative provides employees with an extra $30 in their paycheck. Employees are to use this extra cash to give to those in need as a form of charitable giving. Pip Employees may give their $30 to whoever and whatever they desire.

This story has inspired Pip’s employees and the surrounding community. Pip’s is the quintessential mom and pop shop, but giving back is not limited to small business.

Goldman Sachs, one of the largest investment banks in the world, has been striving to increase its charitable giving, particularly after the 2008 financial crisis. The Goldman Sachs Foundation has initiated the 10,000 Women and the 10,000 Small Businesses campaigns. The 10,000 Women campaign focuses on training women around the world in management and business. The 10,000 Small Businesses campaign serves to provide business assistance to small businesses around the world for up to five years.

The desire for small businesses to help the needy and commitment of big businesses to do so as well is similar to state involvement in fighting poverty. The reality is that small states tend to spend much on foreign aid, whereas big states could afford to spend more on fighting global poverty.

According to the World Economic Forum, a nonprofit foundation based in Geneva, the U.S. spends the most on foreign aid. Germany and the United Kingdom come second and third. However, when considering the percentage of a state’s gross national income, the U.S. does not even rank among the top ten. Sweden ranks first, the United Arab Emirates ranks second, and Norway ranks third.

This phenomenon demonstrates that big states have the capacity to give more than they currently do, just as a big business can afford to expand its charitable giving.