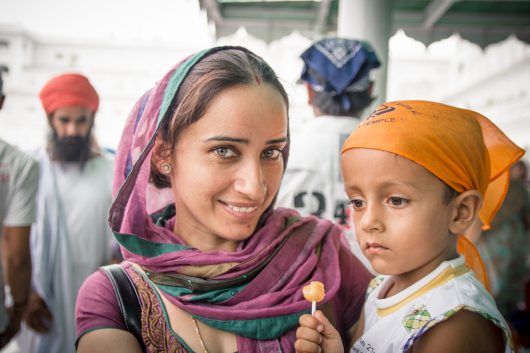 The Trump Administration has recently proposed severe budget cuts that will drastically reduce U.S. foreign aid in the developing world. In response to this potential risk, it is essential to identify the various developing countries that receive financial assistance that is necessary for developing the economic, political and social structures. Being able to differentiate between varying forms of foreign assistance is necessary in fully understanding what the U.S. can do to develop these struggling countries around the world.

Although foreign aid is extremely beneficial in efforts to alleviate global poverty, it is temporarily effective when compared to the long-term sustainability that is achieved through foreign investments. Nonetheless, foreign aid is extremely vital in potentially liberating a developing country from the negative consequences of recession, malnourishment and poverty. In distinguishing between foreign aid and foreign investments, it is crucial to understand how both efforts fundamentally affect the world’s poor.

Foreign aid is simply the donation of goods and services to developing countries, which generally is represented by a “cash value” articulated through the goods and services. However, alongside this aid derives contingencies for the recipient. For example, the goods and services heavily influence economic, political and ideological deviations that ultimately benefit the progression of the donor’s advancements in their worldly position.

Although this foreign aid is very resourceful during struggling times, citizens of developing countries seek more than just donations from countries around the world. The citizens strive for opportunities from development organizations to train them in various life skills that will help them lead healthy and successful lives. These developments will aim to improve their social and economic situations, giving them the tools and opportunities to raise themselves out of poverty, thus furthering the efforts to alleviate global poverty.

On the other hand, foreign investment is preferred to aid due to the long-term sustainability that accompanies the ventures made in developing countries. By investing in the encouragement of entrepreneurship, the development of small businesses and growth of financial investments, it benefits both the donors and the recipients. These investments generate economic activity and employment for not only the developing countries, but it produces additional consumer markets to boost trade within the host countries.

Nonetheless, foreign aid is an effective form of assistance for a developing country that needs immediate relief before devastating living conditions become destructive to the country’s well-being. By only lending goods and services to these developing countries instead of implementing teaching techniques, it could potentially hurt the development of encouragement and self-sufficiency overseas.

However, without foreign aid, these crisis-stricken nations would not be able to save the structural components of the countries. In order to alleviate global poverty and produce long-lasting effects on many struggling countries across the developing world, philanthropic nations need to understand that strongly investing in developing countries creates bigger impacts on furthering the world’s poor.

Charitable Giving: From the Business to the StateTwo Examples of Leading Global Feminists
Scroll to top