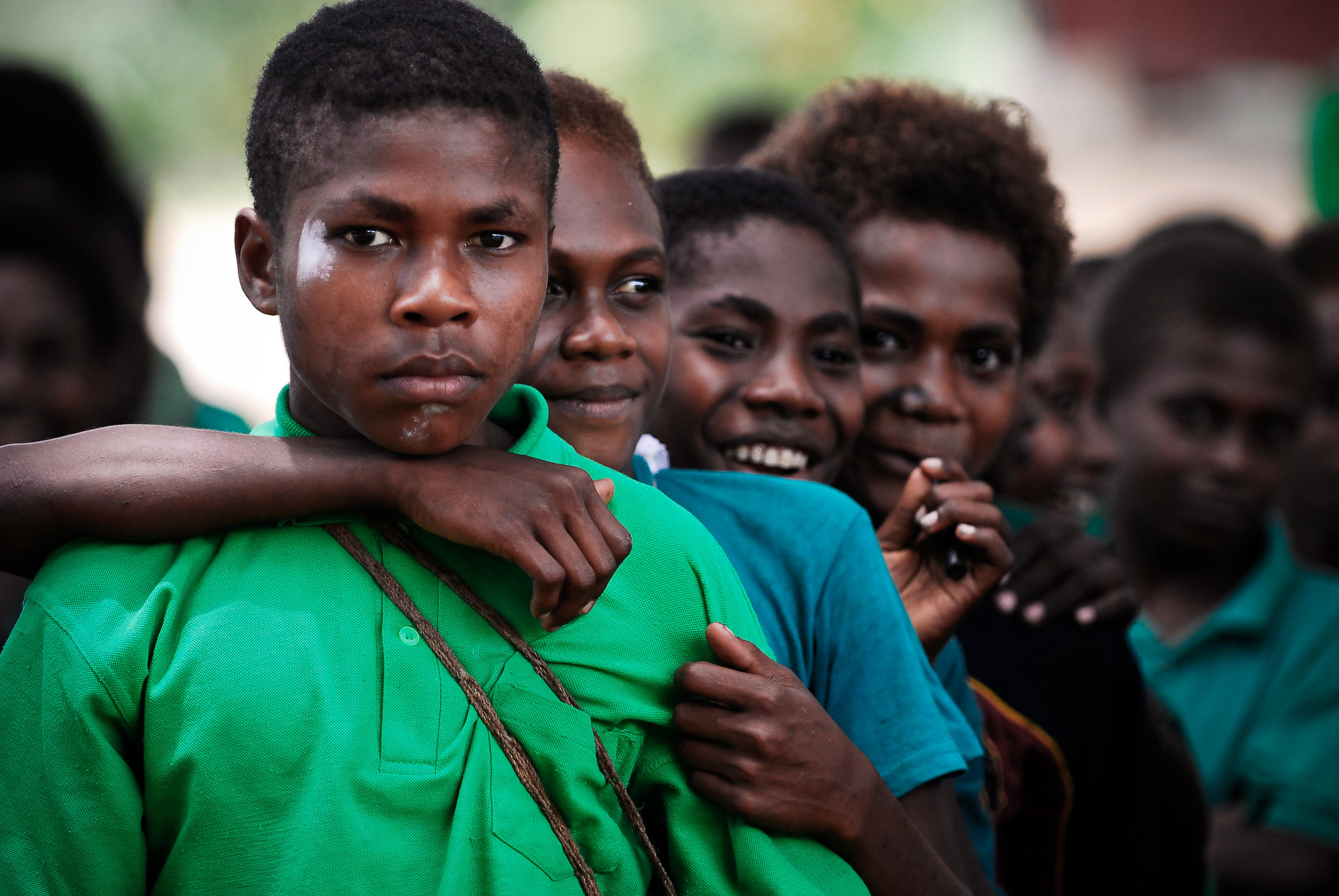 Endemic problems facing education in Papua New Guinea (PNG) continue nearly unabated despite the passing of the 15-year-long time frame established by the U.N. for securing its ambitious Millennium Development Goals. Included among its eight commitments was dramatic education reform to address systemic gender-based discrimination, a goal that has hardly been realized in the Oceanic nation.

In a 2012 report, the Australian Agency for International Development (AusAID) tallied total enrollment in primary education to be a meager 29.3 percent of all PNG children. The research found that the male-to-female ratio is nearly equal during those early education years, with 16,821 males and 16,120 females enrolled in some level of schooling in the relatively wealthier Autonomous Region of Bougainville.

That seeming equality morphs as children age, however, especially when comparing different regions of the country. Female enrollment rates decline significantly in poorer regions that are also marked by a horrific record of abuse toward women. That state of affairs is attributed by many to the historic degradation toward women found worldwide, and in particular regions of the country like the Eastern Highlands.

Indeed, the literacy rate between men and women in that region was 51 percent and 36.5 percent, respectively. In 2009, grade 12 enrollees were made up of just 180 females to their 494 male colleagues. Much of the blame has been leveled at a lack of will and ability to actually fund initiatives aimed at attaining universal gender equality in spite of such officially professed goals.

Similar to the reality throughout the world, PNG girls and women face an exorbitantly high likelihood of experiencing rape or assault at some point in their lifetime. Human Rights Watch pegs that figure at a staggering 70 percent for PNG, well above the one in three average for much of the majority world.

The World Health Organization notes that this problem is exacerbated in low-income regions with poor social attitudes toward women, like rural PNG, and often increases the risk for physical and mental health problems. As those problems increase, the amount of professional and personal self-improvement women and girls can achieve diminishes, thus perpetuating the problem of gender inequality for education in PNG and elsewhere.

Some progress toward reforming education in Papua New Guinea has been made. AusAID found that total enrollment rates have increased from 52 to 63 percent between 2007 and 2009 among primary-aged students. At that same time, completion rates for students enrolled up to grade eight rose from 45 to 56 percent.

In 2012 the government rolled out a new round of subsidizations for tuition fees, building on the apparent success of similar policies enacted in the early 1990s. The new policies have positively affected enrollment among female children and have promoted retention rates among children who seek to continue on with their education at various levels.

In fact, a unique problem has arisen over the last several years involving a lack of resources to accommodate so many current and prospective students, with the numbers expected to continue climbing. For example, nearly 14,000 high school-aged students are expected to continue their education in Papua New Guinean colleges and universities despite glaring inadequacies in terms of quality of educational infrastructure and low numbers of qualified educators.

Ravinder Rena, who published research in 2011 which studied the causes and challenges facing primary education in Papua New Guinea, laments that the quality of most things associated with the PNG education system is derelict and in need of reforms on nearly every level.

“But, if the government can maintain its financial commitment to education, then Papua New Guinea’s educational system most likely will continue to progress,” writes Rena.