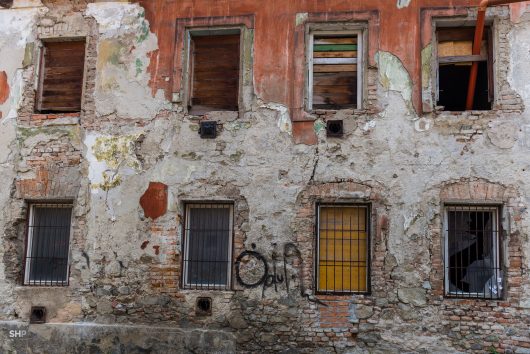 Slovakia has only been a state for less than three decades; it became independent from Czechoslovakia in 1993. Since then it has struggled to break the cycle of poverty. Having experienced hard economic reforms to join the European Union, the country is known as the eurozone’s second poorest member.With a population of 5.4 million and a weakening employment rate, poverty in Slovakia continues to rise.

According to the “Phenomenon of Poverty and Economic Inequality in the Slovak Republic,” Slovakia has a poverty rate of 13 percent, which equates to about 700,000 people.

In a study, 32 percent of respondents said their living standards are lower than they were before 1989. Working class families with three or four more children, the elderly and the handicapped have felt this burden the most.

Moreover, those at risk of poverty is totaled at 112,200 people, representing 20.6 percent of Slovakia’s total population. Citizens whose income is below 60 percent of the median income face a 13 percent risk of living in poverty.

For the above reasons, citizens have been forced to rely on government programs to get by, putting the state in deeper debt.

Moreover, unemployment continues to increase; the long-term unemployment rate in the Slovak Republic stands at 8.8 percent compared to the OECD average of only 2.6 percent. The share of children living in workless households stands at 6.9 percent and lies below the OCED average.

To counteract the rate of poverty in Slovakia, the state established the Institute for Subsistence Law — those whose monthly income is below a minimum fixed amount, are entitled to social assistance benefits.

They plan to raise the employment rate of the population aged 20-64 from the current 69 percent to 75 percent. They also aim to reduce the number of Europeans living below the poverty line by 25 percent, lifting 20 million people out of poverty from the current 80 million in the region; including Slovakia.

US Foreign Policy in Africa for 2017 Cockroach Milk: The Superfood Game-Changer?
Scroll to top