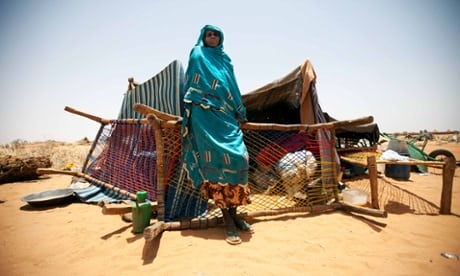 Since Sudan’s independence in 1956, the country has been wracked with volatile conflict. The unyielding violence, an unforgiving climate and a tumultuous government controlled by military personnel are significant causes of poverty in Sudan.

Although Sudan’s GDP per capita rose to $2,140 in 2016, unequal distribution of wealth and resources has exacerbated socioeconomic inequality through different regions of the country. Poverty levels differ depending on location, with a smaller percentage of severely impoverished citizens in metropolitan Khartoum than rural North Darfur. Altogether, 46.5 percent of the population of Sudan lived below the poverty line in 2009.

Poor allocation of government resources has worsened existing inequality. Military expenditures and government spending on the development of populous towns in the Nile valley greatly exceeds spending on outlying farming communities. This culture of inequality and the extreme poverty faced by the isolated poor led to civil conflicts that culminated in the cession of the southern states and the formation of the Republic of South Sudan in July 2011.

Explosive violence has long been among the causes of poverty in Sudan. The recent civil war and the resulting divide of the country only deepened the country’s resource deficit. The secession of the oil-rich southern states resulted in a loss of over half of Sudan’s government revenues and more than 95 percent of its exports.

Furthermore, civil war in South Sudan has led to an influx of refugees to Sudan. As of March 2017, approximately 332,885 people have fled to Sudan. This population explosion further strains Sudan’s small resource pool.

However, Sudan’s parliament approved the Five-Year Program of Economic Reforms in December 2014. This plan emphasizes further development of agriculture and livestock to combat low productivity and poor crop yields, leading causes of poverty in Sudan. The new economic plan could provide a solution to the loss of South Sudan’s resources and could lead to an increase in economic stability.

Furthermore, the U.S. eased sanctions on Sudan in 2017. These sanctions were implemented in 1997 and expanded in 2006. The trade and financial sanctions were imposed as a response to human rights violations carried out by the Sudanese government. The Obama administration temporarily lifted some of the economic sanctions as a response to improved conditions in Sudan. The Sudanese government now allows humanitarian aid to reach inhabitants of conflict areas and has orchestrated a ceasefire with the rebel army, the People’s Liberation Army-In Opposition (SPLA-IO).

This temporary reprieve from sanctions allows trade between Sudan and the U.S., creating some small economic stimulus in Sudan. The policy is under six-month review and pending approval to become permanent. The removal of these sanctions would finally offer an opportunity for some economic growth in a country long plagued by explosive violence and poor governance.