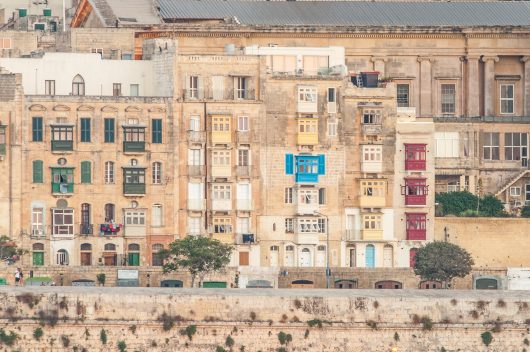 For the island nation of Malta, poverty is an issue that must be addressed, especially with recent data that suggests that not only is poverty a persistent issue within this country, but also an issue that is on the rise. The causes of poverty in Malta are important to understand in order to address this issue.

Malta is located in the Mediterranean Sea, just south of Italy, and is comprised of a population of over 400,000 people. Of the 400,000 people who live on this island, 16.3 percent live below the poverty line, according to a 2015 estimate. Furthermore, according to European Union (EU) statistics, Malta is one of 14 European countries that experienced an increase in poverty between 2008 and 2014. After Greece, Spain and Cyprus, Malta experienced the fourth greatest increase in poverty during this period.

One cause of poverty in Malta is unemployment; an estimated 4.8 percent of Maltese people are unemployed. Nevertheless, there are many positive signs which indicate positive growth for Malta’s economy that could alleviate unemployment for many. The Maltese economy is strongly dependent on foreign trade, manufacturing and tourism, which have contributed to an economy that has grown 4.5 percent per year – the largest growth of any European country between 2014 and 2016.

There are also certain groups of Maltese people who are more vulnerable to being affected by poverty. Those that have been victims of violence and neglect, the mentally ill, immigrants, the disabled and those from single-parent households are more likely to live in poverty and therefore rely on social services. In particular, poverty affects the elderly – those over 65 – on this island at a significantly higher rate – 22 percent – than other age groups in the population. Many of those who are particularly vulnerable to poverty have also been pushed in that direction by falling into a pattern of being heavily indebted.

Despite the recent trend toward poverty, Malta is largely heading in a positive direction. Economically, the country is thriving and this economic growth could increase the unemployment rate and be used to further guarantee social services that could alleviate poverty for at-risk groups of people. Nonetheless, there is still a lot of work to be done and the causes of poverty in Malta need to be addressed fully in order to see progress.