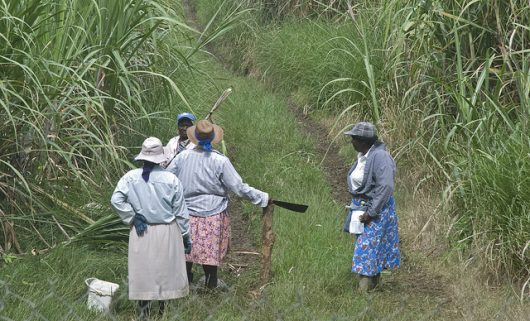 In the small Caribbean island of Barbados, diseases have increasingly affected the overall health of the population. The double burden of diseases involves both infectious and noninfectious diseases.

Barbados has a long history of infectious disease, from pneumonia to tuberculosis and influenza to HIV/AIDs. Out of these top diseases in Barbados, HIV/AIDS levels were especially high. In 2008, 14 percent of deaths in Barbados resulted from HIV/AIDs, but by 2012 the rates declined to 0.9 percent. The prevalence of HIV/AIDs has fluctuated throughout the years but has remained one of the top diseases plaguing the population. Less than half of those with HIV/AIDS are aware of their status.

Many of these top noncommunicable diseases in Barbados are caused by exposure to tobacco smoke, unhealthy diet, alcohol abuse, sedentary lifestyles and psychosocial stress. These conditions have a harsher effect on the poor because of isolation from the important resources and networks needed to combat rising health issues. Households living in poverty have steadily increased from 8.7 percent to 15 percent, encompassing a significant amount of the population. Few people have sufficient access to healthcare. In fact, only 20 percent of Barbadians can access cardiac rehab centers once they have suffered a heart attack. The limited access to treatment makes it harder to fight this new series of burdens.

Funding from the Tropical Medicine Research Institute has driven the development of the world-renowned Chronic Diseases Research Centre. The Centre focuses on the surveillance and prevention of chronic noncommunicable diseases, with the magnitude to influence healthcare in Barbados and the wider Caribbean.

While the double burden of disease is an island-wide phenomenon, there lies a ray of hope in the workings of the Chronic Diseases Research Centre.

Worst to First in Europe: Comparative Poverty in Czechia 5 Facts About Education in San Marino
Scroll to top