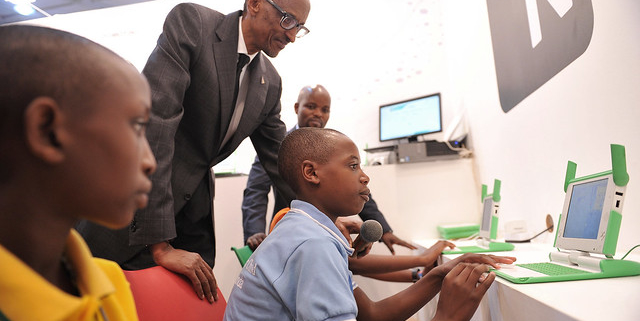 Rwanda is located in the heart of Africa. Although the Rwandan economy is dependent on agriculture, Rwanda‘s infrastructure has made progress through its Urban Development Project. Kigali Innovation City is an effort to further develop the economy and invite businesses to invest in key areas such as commercial and retail real estate, biotechnology and education. Africa50 partnered with the Rwanda Development Board to improve basic infrastructure such as roads, drainage, solid waste management and sanitation. Thanks to these and other major projects, Rwanda has one of the fastest-growing economies in Africa. President Paul Kagame hopes to transition the economy from a subsistence farming economy to a service-oriented, middle-income economy by 2020.

The Urban Development Project for Rwanda, approved in 2016, completed Phase 1 in October 2018. The project began in September 2017 and focused on infrastructure improvement and urban management in secondary cities such as Nyagatare, Rubavu, Rusizi, Muhanga, Musanze and Huye. Infrastructure is lacking in the country, yet the Urban Development Project is a solution to the following component: roads, solid waste management, sanitation and stand-alone drainages. The end date for the $100 million project is June 2021. About $80 million are directed towards component one – provision of basic infrastructure in secondary cities. The rest of the funds go towards three other components, such as technical assistance for sustainable urban management.

According to Minister of Infrastructure, Honorable Claver Gatete, “Phase 1 implemented under the World Bank funding in all six secondary cities is meeting the main objective to provide access to basic infrastructure and enhance urban management.” About 28.3 kilometers (17.6 miles) of urban roads and 13.8 kilometers (8.6 miles) stand-alone drainages were completed during phase 1. Another major component of the project is upgrading unplanned settlements in the capital city called Kigali. The last two components involve technical assistance for sustainable urban management and support for project management, as the scope of the project and funds involve substantial risks. The project’s progress was successful. Phase 2 began in July 2019.

Kigali Innovation City is a giant project garnering investors from across the globe. The main goal is to create an innovative business hub in the heart of Africa that’ll include four first-rate universities, innovative agriculture, healthcare, technology, financial services, biotech firms and both commercial and residential space. The targets include creating 50,000 jobs, generating $150 million in ICT (information and communications technology) exports annually and attracting more than $300 million in foreign direct investment. Africa50, the pan-African infrastructure investment program, partnered with the Rwanda Development Board to invest $400 million in the tech hub. The Africa50 investment shows interest in diversifying the Rwandan economy and promise in private investors developing the country through infrastructure and innovation.

Clare Akamanzi, CEO of Rwanda Development Board, stated the deal between the board and Africa50 is a key milestone in transforming Rwanda from an agriculture-dependent economy into a knowledge-based economy. About 75 percent of the labor force is agriculture-related, yet the service sector is gaining higher importance due to the fast-growing economy. The GDP growth rate rose from 4.6 percent in 2013 to 8.6 percent in 2018. It has steadily averaged about eight percent growth since 1999, which was after the country rebounded from the 1994 genocide that produced a devastating recession. The plans for university development in Kigali Innovation City shows promise in not only infrastructure development but also progress in improving education, a long-term solution to reduce poverty in Rwanda.

The Rwandan economy is strong, and the progress made in the Rwanda Urban Development Project shows promise that the country can transition into a middle-income, service-oriented economy by 2020. A South American technology firm, Positivo BGH, saw growth in Rhanda’s emerging market and decided to open up a business in Kigali. Positivo BGH creates laptops made in Rwanda and employs more than 100 locals. With Africa50 investing a massive $400 million into Kigali Innovation City and firms such as Positivo BGH expanding to Kigali, external investors are seeing potential in the fast-growing Rwandan infrastructure sector.