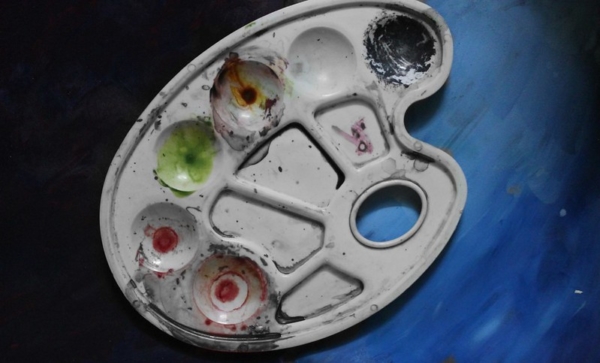 Historically, art is a concept too broad to comprehend on a simplistic term. It can reference painting, drawing, music, writing, sculpting, acting, most creative ventures tend to fall under the category of art. With such a wide scape, it is no surprise that art also covers a range of topics, from love to politics to recycling. Poverty is a matter which has not escaped the global creative community and artists all over the world use their work to either raise awareness or take action against poverty. There are hundreds of thousands of relevant artists and projects around the world, though a few have caught significant attention for their contributions to the problem. Though a small sample, this article features a few of these artists against poverty and shows how art can be more than a pretty picture.

Willie Baronet is an artist, advocate, professor, entrepreneur and creative director who has dabbled in various projects and industries throughout the years. According to SMU (Southern Methodist University), his career includes advertising and design for several graphic projects, such as Communication Art, New York Art Annual and Annual Report Design: A Historical Retrospective 1510-1990. Baronet was also named as an AIGA Fellow in 2013 for his work in establishing a higher standard of performance for the creative community. His significant work as one of the artists against poverty, however, started back in 1993 with a project called We Are All Homeless.

Baronet began collecting signs from the homeless in an effort to raise awareness of the issue and try to understand their situation better. The project touches on both the moral challenge of those in a higher socio-economic position, as well as the more obvious subject of those in need. The work has won several awards and been exhibited all over the country, proving to be a powerful piece in the global conversation of poverty. Baronet’s contributes to such discussion establishes him as a powerful advocate for the homeless and leading voice in the fight against poverty.

Caitlin Beidler has taken advocacy to new heights with her art career. Back in 2006, she launched Redemption Art, a business that works to “free people through art,” according to the official website. The project has allowed this artist against poverty to directly interact with those in need by fostering a healthier community through small projects, such as murals with local children and live art events. Beidler has also taken global action by going to Haiti to paint murals with the children there in an effort to boost local morale. The work in Haiti has been done primarily through her sister’s non-profit, Growing Roots, an organization that works to help local communities in Haiti through direct action.

Beidler is a founding member of Growing Roots and helps oversee its four primary branches: Camp Hope, Community Mural Projects, the Planting Project and Mercy Relief. Each project touches on a different aspect of daily life for the Haitian people. Camp Hope is a day camp for local children, the Community Mural Projects are an artistic outlet (as previously mentioned), the Planting Project provides education and Mercy Relief provides aid during crisis periods. The work Beidler as done showcases the important facets of an artist’s life, they can both promote creativity while still contributing to the community. Art is both a means of emotional and practical support.

Michael Rakowitz is one of the artists against poverty who has taken direct action in fighting for the underdog. His career has spanned decades, with work being featured in such prominent venues as MoMA. Rakowitz is famous for its pieces with multiple purposes outside the artistic realm. In 2013, he opened a restaurant in Dubai called Dar Al Sulh. The art project doubled as nourishment for others as it told the history of the Jewish community in Iraq through the cuisine, showcasing the downfall of an entire people. Additionally, Rakowitz has been working on a long-term project since 1998 in which he turns art into a shelter.

The project, entitled paraSITE, utilizes the heat emitting from ventilation systems to create tent-like structures on the sides of buildings. These temporary homes often look like parasitic insects due to their bulbus form and positioning in the city. They have double lining as space between fills with air to inflate the structure while also heating the area inside for the homeless to sit in. The work—still ongoing today—has garnered mass attention for both its versatility and creative representation in the community. Rakowitz (throughout his career and with paraSITE in specific) proves art isn’t just for viewing or experience; it is an active part of life that can truly help others.

A common misconception about artists is that they are only a voice, they cannot contribute physically to the modern world. Art, however, has been evolving with the times the same way every other industry has for centuries. Artists have adapted to today’s fast-paced, efficiency-focused mindset. They raise the topic to eager ears, find creative ways to asses the problem and act as emotional and mental support to those in need all the while.