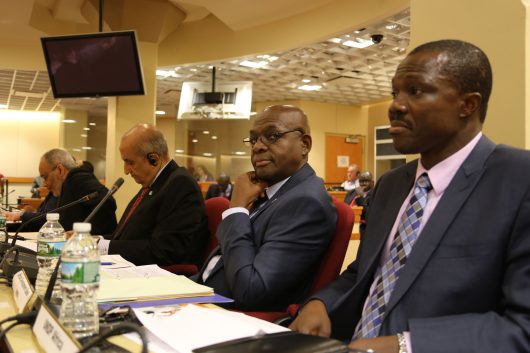 The African Development Bank has been ardent in their commitment to support women’s empowerment and employment opportunities for youth in Sahel. Alberic Kacou, vice president for Corporate Services and Human Resources at the African Development Bank, noted that the prevailing global economic challenges were a harbinger for African countries to diversify their economies and reduce poverty during a recent speech.

The African Development Bank launched the Affirmative Finance Action for Women in Africa (AFAWA). This program will invest $300 million in funded support for women. There is also an additional $3 billion to support African countries with women involved in business. Women will have an opportunity to empower themselves and create an independent path for other young African girls to pursue.

Jobs for Youth in Africa

In collaboration with the International Institute of Tropical Agriculture (IITA), the African Development Bank launched the Jobs for Youth in Africa program to put an end to youth unemployment by creating 8 million agribusiness jobs within a five-year span.

The program will stimulate the creation of 25 million jobs within the next ten years. A total of $3 billion will be used to fund young entrepreneurs in Africa and facilitate the enhancement of skills to better network youths with industrial development.

The training centers and facilities provided by the African Development Bank and the IITA will assist African youths to tackle work in the agricultural sector. The initiative also seeks to encourage unemployed African youths to become involved in agriculture in order to make it a catalyst for development in Africa.

The Benefit of Farmers

Another solution to improve the agricultural sector in Africa is to support local farmers by forming partnerships in the production of goods and reduce the amount of food being imported. This will enable the country to “feed itself” and decrease the high levels of youth unemployment. The removal of regional trade barriers will help to maximize Africa’s agricultural potential in food production.

These dynamic programs created by the African Development Bank will prove influential towards the welfare and positive development of African communities for youth and women.