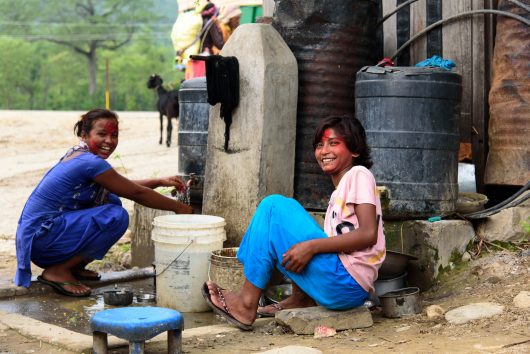 Dengue fever is a mosquito-borne illness that causes sudden fever and acute pain in the joints. This illness is prevalent in many places throughout the world, including Lahore, Pakistan. In recent years, a new technology known as the Clean Lahore app has been designed to prevent the disease.

In 2011, there was an outbreak of dengue fever during which 20,000 citizens in the Punjab region of Pakistan were affected. Pakistani government officials were looking for a way to slow the spread of the disease. Created and developed by Umar Saif, Clean Lahore allows officials to track efforts taken to prevent the spread of the fever. This new app allows an investigator to photo-log crews of sanitation workers as they complete their jobs. More specifically, the app logs workers as they clear out pools of standing water, which act as breeding grounds for the mosquitoes that carry the illness.

Saif used his app to then map out locations of both sick people and mosquito larvae while making sure workers were doing their jobs to the fullest. This allows officials to develop preventative measures and communicate with workers about what they need to do on their part. Government officials implemented the app post the 2011 outbreak. By 2013, results proved the positive effect of the app. Compared to the 2011 outbreak, in 2013 only a few dozen cases of dengue fever were recorded.

Investigators learned that many workers were unaware of their impact on stopping an outbreak from occurring: “Whatever I do, it’s just to provide for my kids,” one 30-year-old worker stated. By making the worker aware of his impact, he can change how he handles operations in his job.

Dengue fever is found all over the world including Africa, Central and South America and the Caribbean. This new technology can be used to help government officials stop the spread. Progress against dengue fever, in addition to aid from the Clean Lahore app, paves the way to eventually stop the spread of countless diseases in Punjab as well as other regions.