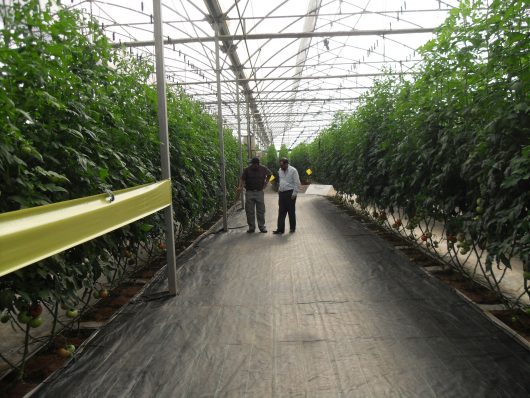 The Montreal Protocol, ratified by the United States in 1988, is an international treaty and aims to provide security and the foundations to eradicate the use of ozone-depleting substances. The initiative is also the only universal treaty to be ratified by all member states of the U.N. An amendment brought by all member states of the U.N. in October agreed to new plans to decrease the use of greenhouse gasses found in air conditioning and refrigeration technology.

Collaboration on plans to develop the Montreal Protocol Amendment to phase out hydrofluorocarbons (HFCs) began a year prior to its passage by world leaders. HFC emissions are most prevalent in refrigeration and air conditioning technologies and have the vast potential to drastically increase global temperatures, as warned by Environmental Protection Agency Administrator (EPA), Gina McCarthy.

The United States has already taken action to eliminate the use of HFCs, as demonstrated by the Clean Air Act (CAA) and President Obama’s Climate Action Plan (CAP). The EPA reports that the president’s CAP initiative also calls for investment in more energy-efficient and environmentally safe alternatives to decrease amounts of greenhouse gas.

The EPA predicts HFC gas emissions to increase 20 times the current level over the decades in the near future. Timely attention to the phasing out of HFC emissions, due to the extremely high potency of the gas in ozone-depleting processes, is imperative to the success of environmental protection and sustainability. Sustaining current emissions of HFCs into the environment also has the potential to counterbalance existing efforts to phase out other ozone-depleting substances, as reported by the EPA.

However, in a press release from the president’s Office of the Press Secretary, results of the plans set forth to cut HFC and other greenhouse gas emissions in the private sector equate to, “taking 210 million passenger vehicles off the road for a year.” The World Bank also states, “consequences of climate change could cause an additional 100 million people into poverty by 2030.”

U.N. Sustainable Development Goals outline universal climate action as pivotal to ensuring beneficial development for countries in both the global north and south. The World Bank’s Climate Change Action Plan also provides a framework for global regions, recognizing variations in challenges and needs, to administer support and action plans should challenges arise due to the declining state of nature.