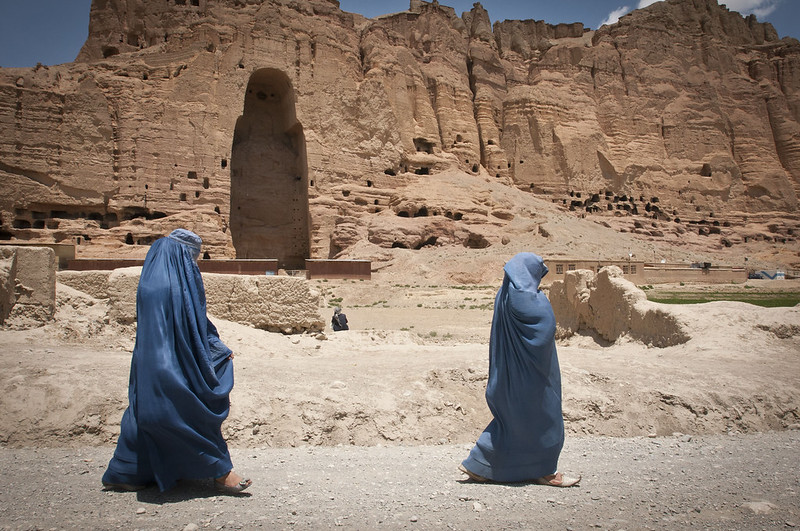 Although Afghanistan’s Constitution, ratified in 2004, forbids discrimination and declares that “man and woman, have equal rights and duties before the law,” gender inequality still persists. Women are repeatedly denied opportunities for social, educational and economic advancement, leaving 80% out of the workforce and only 8% with more than a primary education. Gallup surveys conducted in 2018 identify Afghan women as the “least satisfied women in the world,” with more than half reporting that they would permanently leave the country if given the opportunity due to discrimination, food insecurity and violence. The good news, however, is that the United Nations Mine Action Service has enacted a new initiative in Afghanistan’s Bamiyan province that mobilizes women to escape poverty and empowers them to clear war-torn communities of the remnants of war.

The World Bank estimates that the number of people living in areas overwhelmed by conflict has doubled since 2007, a rate that has increased alongside poverty expansion. People living in fragile and conflict-affected situations, or FCS, are 10 times more likely to be poor. Forty-three of the world’s most impoverished countries are classified as FCS regions. Proximity to conflict directly affects education, infrastructure, health and the economy. In violent areas, children are less likely to travel to school, families are more likely to suffer long-term medical conditions and communities lose valuable opportunities for monetary mobility and advancement.

The Taliban has sustained a significant presence in Afghanistan for over a decade and has remained a constant threat. More than 1,400 people were killed or injured by landmines in Afghanistan in 2018, a number that has tripled since 2012. Mines and other explosives are certainly detrimental to infrastructure after detonation, but unexploded devices can be equally as destructive. Construction projects are largely avoided for fear of encountering an explosive during the building process. This leaves many areas without roads, essential buildings and airports, all assets that could play a role in reducing poverty.

The United Nations Mine Action Service (UNMAS) began a de-mining pilot program in 2018, featuring 14 brave Afghan women in Afghanistan’s Bamiyan province. After receiving training from the UNMAS de-mining experts, the women strap on Kevlar vests and sport protective face shields that enable them to search the soil using massive metal detectors. Once a detector beeps, the team member will kneel and sift through the dirt until the mine or explosive is found and deactivated.

The primary goals of the program are to clear mines, educate villagers and equip Afghan women with the tools they need to escape poverty. The team works approximately nine hours per day, but depending on location, mine removal projects may be short-term. In circumstances where land can be swiftly searched, the team uses the remaining time to learn vocational skills taught by UNMAS workers, training that has the potential to change their status. Additional education for Afghan women, who would otherwise receive very little, is crucial to broadening their job opportunities, increasing household income and helping them rise out of poverty. UNMAS also requires women to participate in meetings that decide how to use the land that is newly mine-free, which showcases their growing presence and immense contribution to their historically war-torn communities.

Fatima Amiri was one of the Bamiyan province’s first team members, and she is frequently highlighted for her dedication. She works tirelessly for her team after witnessing the devastating effects of hidden and unexploded devices. A member of her community traveled to a mountain on the Day of Eid, or the end of Ramadan, and never returned. Amiri realized that day she wanted to rid the surrounding area of mines, and she notes that now, “no one says that women are weak.”

Afghanistan’s fearless team is looking to expand its efforts beyond the Bamiyan province in the coming years. Since its inception, the team has covered more than 51,500 square meters and is projected to clear their land of mines and explosives by 2023. Most of the cleared region is now being used to build infrastructure or for farming, a lifestyle that boosts community economies and indirectly improves Afghan women’s social status. The de-mining women are recognized for their success and newly respected for providing their fellow community members with safety, food security and ways to maintain a steady income, three things crucial to overcoming conflict-induced poverty. The community’s appreciation erodes traditional gender norms that have restricted Afghan women for centuries by proving their value as productive members of society capable of protecting thousands in war-torn communities.