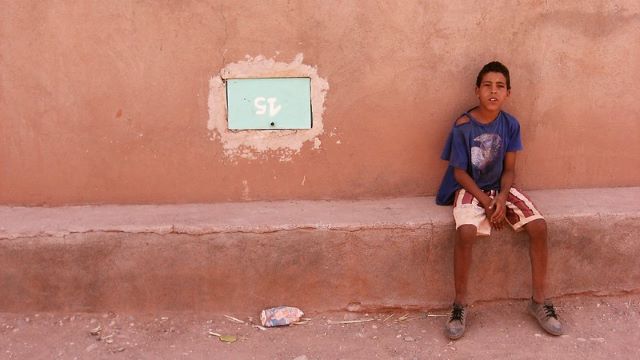 Morocco, a country bordering both Algeria and Western Sahara, has faced increased conflicts with the rising issue of homelessness. In the country, there are thousands without proper shelter as the problem worsens. However, newly implemented organizations are seeing rapid improvements in homelessness in Morocco.

More than 700,000 Moroccan citizens are currently battling homelessness. In addition, it must be noted that the youth has been severely impacted as well. There are more than 30,000 children roaming the streets in search of basic resources, as many escape abusive home situations. Under a prevalent gap between the wealthy and poor, it is reported that more than 15% of the population lives on $3 a day. With the poverty rate increasing, many turn towards the streets. Approximately four million Moroccan citizens live below the poverty line.

Causes of Homelessness in Morocco

The main contributor to the rise of homelessness in Morocco is the Structural Adjustment Policy that was launched in 1963. Since then, the homeless rate has rapidly increased, leading to its large population in present day. The policy aimed to improve the finance and social sectors. However, due to underfunding and a misallocated budget, thousands of families lost funding. For this reason, many lost their homes to the government.

Another cause of homelessness in Morocco is the shift in values in Moroccan society. As mentioned earlier, the wealth gap between the ones in poverty and the wealthy have led to resentment against the homeless. With the focus on the upper class, the poor population of Morocco is not given any aid. In certain cases, the plight of the poor is simply ignored.

Consequences of Homelessness in Morocco

With the youth making up a large portion of the homeless population, various consequences have arisen. A major problem is the overall safety of the children on the streets. With tens of thousands of children without a home, many are subject to sexual assault and abuse. The streets of Morocco have been subject to numerous crimes against the youth.

Despite the rising numbers, there have been numerous efforts to combat homelessness in Morocco. For example, the Moroccan government has stepped up to help those in need. Jamila El Moussali, the Moroccan Minister of Solidarity, Social Development and Family, has recently called for the largest shelter operation in Moroccan history. During the COVID-19 pandemic, the ministry has helped accommodate more than 6,300 homeless people and assisted 2,000 others in reuniting with their families. The government is looking to increase its involvement with the homeless in the coming years and boost social work to aid those in need. After completing one of the largest shelter operations, Morocco has seen a massive decline in the homeless population.

Even with the government’s newfound aid to help combat homelessness in Morocco, additional intervention is the key to make dramatic and long-lasting progress. For Morocco’s government to see a bright future and a reduced homeless count, it must act in a consistent manner to aid those in need. If the government can further boost the number of shelter operations, hundreds of thousands of homeless Moroccans would benefit.