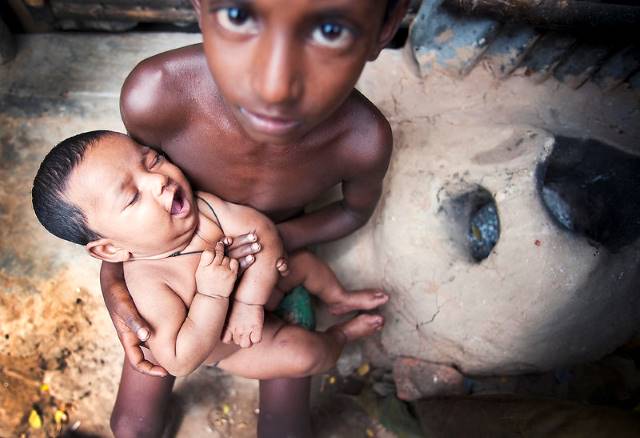 Every year newborn babies take their first breaths after their mothers give birth to them. Around the world, these same mothers hope that their children will grow into adulthood without any major health complications hindering their development. Unfortunately, millions of babies have died within their first few months of life due to health issues. Those born in areas with populations vulnerable to poverty experience more frequent cases of infections compared to others living in better environments. Therefore, organizations around the world have implemented ways to lower the infant mortality rate. It is important to understand what causes high infant mortality rate (IMR) and what groups across the globe have been doing to help lower the rate over the years.

Babies born in areas of extreme poverty are at higher risk of contracting an infectious disease compared to those delivered in more sanitary locations. Every year, an estimate of about 2.6 million lose their lives within their first month. Moreover, roughly 15% of the total amount of deaths are attributed to severe infections contracted. Many of those cases involving infections could have easily been lowered if the necessary medicine was available to help the babies recover. However, the issue is that these treatments are too expensive for most families to purchase even if it would save their children.

Additionally, there are many different infections and diseases that newborns can contract due to unsanitary environments during delivery. Data taken from the 1990s to 2017 recorded which infections and disease were the leading causes of deaths among children. The top cause of death for children under 5 was lower respiratory infections. After lower respiratory infections, preterm birth complications, birth asphyxiation and trauma were the next biggest reasons. In addition, there are many more problems that contribute to the high IMR early in its collection of data. However, one good piece of information is that since the 1990s, the IMR has lowered significantly.

USAID to the Rescue

The United States Agency for International Development (USAID) has worked with several partners to produce cost-effective measures to help lower the IMR, especially for those in poverty. Expensive treatments have been one of the main reasons why children die at an early age —  a terrible outcome just because their parents could not afford the necessary treatments. In order to solve this problem, USAID has helped manufacture chlorhexidine to save more lives at a significantly cheaper rate. Chlorhexidine is an antiseptic product that comes in a liquid or gel form. It helps to treat infections for newborns, thereby lowering the infant mortality rate by lowering the cost of the product. This single intervention has helped lower the IMR in multiple countries.

The Guttmacher Institute released data explaining that practicing family planning can greatly reduce the IMR in countries with areas of poverty. They recommend that more contraceptives be made available to those who wish to use it. That will increase the likelihood of women giving birth to healthier children if they choose to have any. The institute argues that people living in areas of poverty lack access to such resources. It is that very lack of resources that increase the odds of children contracting infectious diseases when born.

While there are still many factors contributing to the infant mortality rate, there are also many out there who are working to lower that rate. Organizations like USAID and the Guttmacher Institute are trying to make sure that as many children reach adulthood as possible. It is through simple measures like lowering treatment costs and increasing access to medicines and family planning options that infant mortality can be reduced globally.