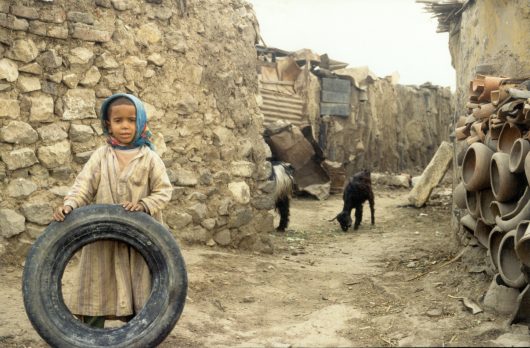 Poverty in Egypt affects not only many children, but also populations living in rural areas. When compared to urban areas in Egypt, the poverty rate in rural areas was 37 percent higher as of July 2016.

But the information begs the question: why is Egypt poor? One report writes that there is a correlation between poverty and the number of family members. This is in addition to illiteracy. Given that impoverished people are less likely to enroll in education, they are also more likely to remain impoverished. Thus, the cycle of poverty remains.

Illiteracy and Poverty in Egypt

In 2013, 25.9 percent of Egypt’s population was illiterate. A lack of education in Egyptians can pass down through families, decreasing the likelihood that anyone in the family will be able to pull themselves out of poverty.

Beyond illiteracy, an increase in inflation has lead to an increase in food prices, which has also driven many of the country’s citizens into poverty. In June 2016, the yearly rate of inflation in the prices of consumer goods was 14.8 percent.

As a means of combatting inflation and the increased price of food, Egypt’s government-issued ration cards to almost 70 percent of the population. In 2015, these food subsidies protected 4.6 percent of Egyptians from becoming impoverished.

Organizations like the Egyptian Authority for Educating Adults (EAEA) work towards decreasing Egypt’s poverty. The EAEA aims at providing people with the skills needed to work on their own projects, which is directed at getting more people in Egypt into the workforce and driving them out of poverty.