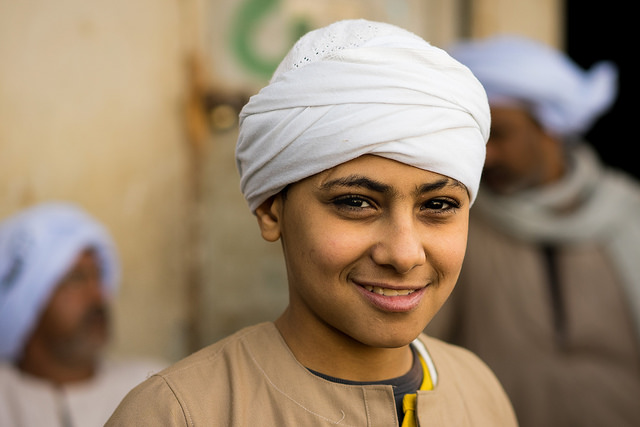 Since 1978, the U.S. Agency for International Development (USAID) has cumulatively provided more than $30 billion in humanitarian aid to Egypt. Certain groups, however, have brought to attention the fact that the majority of that aid goes directly to supporting the military state. They question the effectiveness of the aid in actually helping the country’s economic situation.

In early 2017, the misery index, which consists of the rate of annual inflation plus unemployment, climbed to around 45 percent in Egypt. For young Egyptians in particular, experts estimate the misery index at anywhere from 60 to more than 80 percent, according to Michele Dunne, director and senior fellow of Carnegie Endowment for National Peace’s Middle East Program.

While Dunne acknowledges the fiscal steps President Abdel Fattah el-Sisi has taken toward boosting the economy, she points out that he has not done much to generate jobs. With 600,000 Egyptians entering the workforce per year, the country simply does not foster the right conditions to sustain employment for its population.

“The major issue is that countries have to be productive,” Mohamed Serat, President of Bel Egypt, said. “Recently we have faced deterioration here in agriculture. In terms of industry, I don’t think the quantity and volume is covering the needs of our people.” With a population of nearly 100 million, Egypt continues to rely increasingly on imports to cover the population’s demands.

President el-Sisi’s economic policies, according to Dunne, do not focus on creating jobs or developing the labor force. The focus of economic policies in Egypt consists of maintaining “insider privileges” for members of the president’s regime, especially the military. Instead, policies should support productive, labor-intensive companies that would generate jobs for citizens, according to a 2014 World Bank Report.

USAID’s website claims that its policies and humanitarian aid to Egypt address these sorts of sustainable programs, such as increasing productivity in agriculture, boosting the quality of life of rural communities and providing the necessary tools for Egypt’s youth to succeed through strengthening higher education. Still, only 16 percent of U.S. humanitarian aid to Egypt goes to economic development, according to Alexis Sowa of the Center for Global Development (CGD). The rest goes to military funding.

In response to alleged civil rights violations of the Egyptian military, the U.S. has recently cut back its aid to Egypt by around $295 million. Those in support of cutting the aid have claimed its ineffectiveness for humanitarian purposes, pointing out that most still goes to the military anyway.

Advocates for humanitarian aid to Egypt suggest that rather than reducing aid, reallocating it to the development of a more sustainable country would prove more effective. Creating a more economically-focused aid program in Egypt could more directly support the people and work to lift the country out of its current job and population crisis.

How Many People Are Starving Around the World? A Look Into How Gender Inequality Hurts Countries
Scroll to top