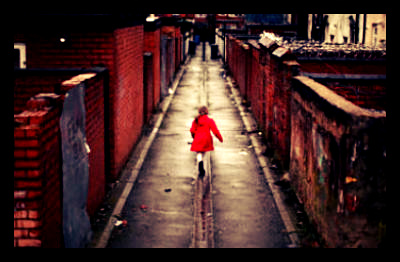 The United Kingdom is the 6th largest economy in the world. Even though the country is developed, there are a large number of children living in poverty. The disparity between the country’s impoverished and wealthy is so sharp that doctors from the Medical Research Council said that the number of children who do not have proper access to food is a ‘public health emergency.’

Many people do not think that in a country with such a large and developed economy that child poverty would be such an issue, but the problem has actually grown worse in the last few years. Experts blame the rise in poverty on the spending cuts in social services such as welfare. Here are six facts that characterize what poverty in the United Kingdom looks like:

1. 1 in 5 children in the UK are living in relative poverty. Relative poverty is defined as a family’s net income that falls below 60% of median net disposable income, which is currently £250 or less per week.
2. 2.3 million UK children were living in poverty in 2011-12. The number of children living in poverty in 2012-13 rose by 300,000.
3. 66% of children living in poverty lived in a household with at least one employed person.
4. In 2009-10, single parent households in the United Kingdom are twice as likely to be living in poverty as two parent households.
5. Inadequate benefits leave people who do not make enough money at their job without a safety net. Ideally, benefits provided by employers and social services such as welfare will help people who are in low paying jobs or jobs with little potential for growth. Many new government policies have cut funding to social services leaving people worse off than before.
6. Under current government policies, child poverty is expected to dramatically increase by over 600,000 children by 2015.