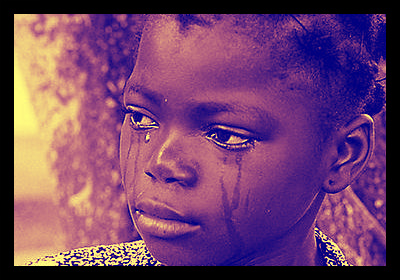 Most Americans are under the impression that slavery in the United States ended in 1865, but the reality is it just stopped being legal. Between 14,500 and 17,500 people are trafficked into the U.S. annually, and victims of human trafficking and modern slavery have been identified in cities, suburbs and rural areas of all 50 states.

A modern-day slave is not paid, is not allowed to leave or abandon their job and is forced into dangerous or degrading positions against their will. Most modern slaves are coerced into leaving their native countries, thinking they are leaving for a better life. A conservative estimation of slaves in the world today is 12 million to 30 million, but many sources claim those numbers are far too low. In 2005, the U.S. State Department estimated that more than 70 percent of trafficked people were female and that half of them were children.

Professor Kevin Bales, co-founder of “Free the Slaves,” has studied the subject of modern slavery extensively and works tirelessly to collect data on a group that is, by definition, hidden. He and his team conducted their research by knocking on doors all over the world and interviewing families who had been affected, or knew someone who had been affected, by human trafficking.

Bales writes that the price of a slave has dropped dramatically since 1809, when the average price of a slave (after adjusting to today’s money) was $40,000; in 2009, the average price was $90.  Human trafficking generates an estimated $32 billion per year, ranking it as the third-largest international crime behind illegal drugs and arms trafficking.

Research conducted by the Polaris Project found the public’s lack of attention to the issue of human trafficking is often what keeps them imprisoned. “Some victims are hidden behind locked doors in brothels and factories. In other cases, victims are in plain view and may interact with community members, but the widespread lack of awareness and understanding of trafficking leads to low levels of victim identification by the people who most often encounter them.”

People who are desperate to improve their situation in life are the ones most vulnerable to falling into slavery. Uneducated women are in high demand as sex slaves and easy to trick when they are uneducated and desperate to find work. When there is nothing to go home to, some slaves lack even the motivation to resist.

Conflict zones are particularly ripe for traffickers. In 2006 during the armed conflict in Lebanon, 300,000 domestic workers from Sri Lanka, Ethiopia and the Philippines were left jobless, and trafficking gangs were quick to seduce them with alternative options.

The surest way of eliminating the business of modern slavery is to offer schooling in rural and impoverished areas so people can learn to provide for themselves where they are rather than seeking outside assistance. Teaching poor areas about the potential danger of traffickers is the first step toward ensuring they never have to live through the horror of slavery.