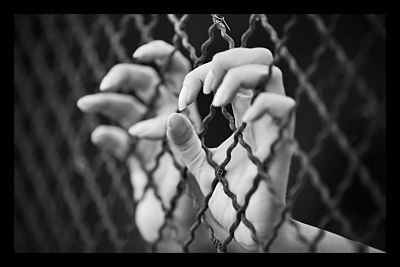 Human trafficking stands out as one of the worst social crimes in today’s society, as victims are kidnapped and separated from their families to face a life as a sex slave, child soldier, or unpaid laborer, all subject to inhumane forms of abuse. Three countries stand out for their particularly poor performance in fighting human trafficking, specifically in regards to the numbers of trafficking victims and their government’s lack of action to address these problems. Below are the 3 countries with the most human trafficking.

1. China takes the stage as a country needing improvement. The U.S. State Department’s recent Trafficking In-Persons Report accused China of government-induced forced labor through their policies involving ‘re-education through labor.’ In addition to these labor problems, the sex slave trade has reportedly risen lately in China. China has garnered repeated criticism for its government programs that require migrants to work in mines or factories without pay as well as its labor camps. Demographic changes in China due to the one-child policy have affected the boy to girl ratio, which now stands at 118 boys for everyone 100 girls, and consequently resulted in an increased demand in prostitution. This demand for prostitutes has contributed to an influx of sex slaves into China, with many women forced or lured from their homes into this horrific practice.

2. Russia suffers from similar issues, with an estimated 50,000 children forced into prostitution and approximately 1 million people working without the proper documentation to receive payment. The labor conditions for these unpaid workers stand out for their equal horror. There are reports of major overcrowding, contributing to unsanitary conditions and the spread of disease in addition to inadequate nutrition, 12 hour work days, and no time off. Last year, Russia’s government faced much criticism when hundreds of workers died after being locked in employment housing. Many factor owners use intimidation and physical abuse to scare their employees into continuing their forced labor. These laborers lack citizenship, medical care, paychecks, and other basic human rights. Such inhumane labor policies take place in many different industries and markets, legitimate and underground, including narcotics, garment and textiles, manufacturing, agriculture, construction, groceries, and domestic services.

3. Uzbekistan maintains two major facets in its battle with trafficking. First, the Uzbekistan government forces many of its citizens to labor without reward. Child labor remains a major concern, with thousands of children under the age of 15 forced into factories or fields, despite the government making child labor illegal. One activist even reported a mental hospital forcing its patients into unpaid labor. In addition to this debacle with the government forcing its citizens to work without payment, Uzbekistan has developed into a source country for traffickers to recruit their victims. Most trafficked people in Uzbekistan are shipped to nearby Russia and Kazakhstan to work undocumented in unhealthy conditions.

While these three countries stand out for their need for major change to address the problems associated with human trafficking, they are just three among the hundreds of nations which maintain a need for assistance in dealing with the sex trade and forced laborers around the world. The only way to solve this problem and put an end to human trafficking, is for countries to unite and work together in a global commitment to stop tolerating this illegal trading of human lives.