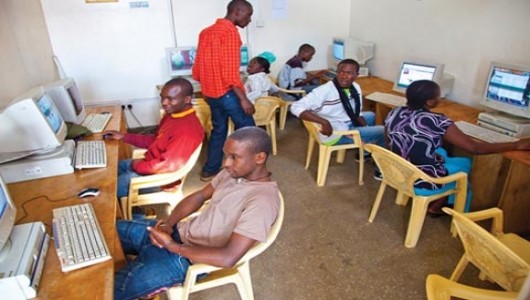 While most members of developing nations have access to the Internet in their homes, in their workplaces and in various public locations, many Africans struggle to access the Internet. Here are 10 facts about the progress and struggles regarding Internet in Africa:

1. In October 2007, the International Telecommunication Union (ITU) held the first part of its Connect the World series in Kigali, Rwanda to demonstrate its commitment to foster development of telecommunications across Africa, a key aspect of the Millennium Development Goals.

2. As a continent, Africa has seen steady growth in Internet penetration since its rate of .78 percent in 2000. Internet has now reached 20.7 percent of Africa, but there are major disparities in Internet access and use across the continent.

3. The leading countries with the highest Internet penetration rates are Morocco at 56 percent, Egypt at 50 percent and South Africa at 49.8 percent. Meanwhile, various nations throughout the continent are still at rates below 2 percent. Despite these differences, all African nations have experienced Internet growth in recent years.

4. The majority of African countries have Internet penetration rates below 10 percent, which is well below the 20 percent benchmark rate determined for Internet access to benefit countries economically.

5. A total of 10.7 percent of African households have Internet access. Meanwhile, almost half of African Internet users access the Internet via mobile device. Social media usage accounts for about a third of Internet use for these users.

6. Bandwidth is significantly more scarce across Africa than in developing nations, making Internet access much more expensive across the continent. In recent years, increased investment in infrastructure such as national landing stations has allowed some bandwidth expansion, therefore slightly increasing capacity for connectivity.

7. According to Kojo Boakye, policy manager of the Alliance for Affordable Internet, no developing countries have met the ITU’s affordability benchmark of connectivity costing less than 5 percent of monthly income for the world’s potential users that survive on less than two dollars per day. He said that, for many countries in Africa, the cost of fixed broadband comprises almost half of an average citizen’s monthly income.

8. Internet users in Africa pay up to 40 times more for access than users in developed countries. There are many initiatives in place to decrease these rates, but there has been substantial difficulty in implementation. One of these goals involves establishing at least one Internet eXchange Point (IXP) in every African nation in order to promote the construction of infrastructure that makes Internet access cheaper and faster. Another initiative is in place to migrate from analog to digital broadcasting in order to free up unused spectrum, thus increasing access opportunities. However, by June 2014, only 19 countries had begun this transition and only three had completely transitioned. Another initiative is to accelerate adoption of IPv6, which ensures enough availability of IP addresses to allow anything capable of having an IP address to connect to the Internet. South Africa and Egypt account for 97 percent of all of the IPv6 addresses in the continent, which indicates major lagging for the rest of Africa. This development is seen as necessary for long term expansion of Internet.

9. The Internet contributes 1.1 percent to the overall African GDP, which is substantially lower than the global average contribution of over 4 percent. There are large disparities across the continent, with the contribution to GDP being 3.3 percent in Senegal and .8 percent in Nigeria. These rates are measured using iGDP, which evaluates use of networks and services in private consumption, public expenditure, private investment and trade balance.

10. Key players in Africa’s Internet community come together with global members of the industry for the annual Africa Internet Summit. Participants discuss the continent’s challenges and use it as a platform to exchange knowledge. This year’s conference was themed “Beyond connection: Internetworking for African Development,” and took place in Tunisia from May 24 – June 3.