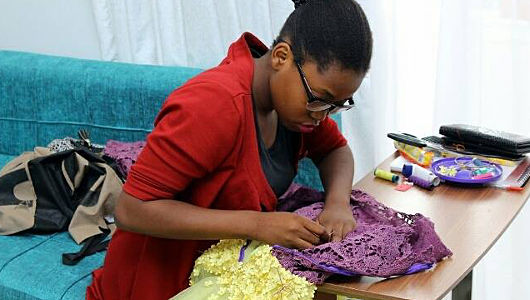 The following businesses were created by young entrepreneurs in Nigeria:

Since the company’s beginning, Ajayi has been in multiple fashion shows. She has also won various awards, including Entrepreneur of the Year at the 2014 Oyo Students Entrepreneurship Awards.

Ajayi is now 21 and has graduated from the University of Ibadan with a law degree. She has around four to six clients each month and hopes to expand in the future.

“We plan to significantly grow our client base both within and outside Africa by creating signature collections for top retailers, opening House of Dabira stores in key cities across the continent, listing on e-commerce shopping sites like Jumia … and creating a diffusion line, Da’ara, to produce more affordable outfits,” she explained to How We Made it in Africa.

Ajayi also hopes to donate part of her profits to help fight domestic violence. “Finally, we plan to grow the House of Dabira Campaign against domestic violence by investing five percent of all profit into supporting victims of domestic violence, leading multimedia campaigns to eradicate the scourge and creating projects to teach young girls about design,” she said.

Kenechukwu became interested in entrepreneurship when he was 13 years old and read the book Rich Dad Poor Dad by Robert Kiyosaki, an American businessman and investor.

The company began in 2013. Today, it employs 12 people. “There is increasing demand for hygienic and low-cholesterol, edible palm oil due to the upsurge of heart-related ailments, disease prevention awareness and the most recent Ebola outbreak,” said Kenechukwu.

Kenechukwu has high hopes for his company’s future; by 2035, he hopes to be the leading producer of palm oil in Africa. He is currently investing his profits so he can expand production.

Kavode Yussuf is a 21-year-old and is head of Greenville Organic Foods in Alimosho, near Lagos, Nigeria. The company processes the West African cassava root and turns it into garri, a popular, tapioca-like food.

The company began in Dec. 2014 and is making around $600 per month. Greenville Organic Foods employs two people and provides cassava farmers with a stable income, something that they were not previously receiving.

“Farmers must sell off their cassava within two weeks of harvesting,” said Yussuf. “This makes cassava farmers anxious and this anxiety makes buyers price down the cassava. So our coming on board gives some farmers the assurance that there is a market for their product.”

Yussuf hopes to raise enough money to build a production plant; as of now, due to lack of funding, production and packaging are outsourced.

“It will cut our production cost,” he said. “We will [be able to] employ more people, make more profits and, best of all, we will be in direct control of the quality of our products.”