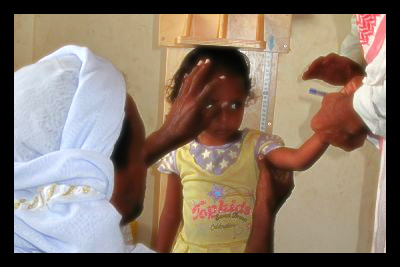 “We are hungry and we need jobs,” says a Yemenis woman, who faces a recording camera while standing on the side of a dirt road. Her clothes are stained by sand and her eyes are bloodshot, but she responds with firm assurance to questions in a recent YouTube video composed by activists from Support Yemen, who aimed at facilitating dialogue in the capital city of Sana. Topics ranged from the ongoing political instabilities that the region faces to other matters, such as closing the gap between civilians, military, and tribal forces. These are not the only factors hindering Yemen’s economic and social progression, as high food prices, endemic poverty, diminishing resources and influxes of refugees and migrants are also damaging the region from within.

In hopes of relieving some of the hunger the Yemenis people are facing, much needed food support will be streamlined into the region thanks to recent contributions by the Government of India and the World Food Programme (WFP.) After a Comprehensive Food Security Survey was conducted in Yemen last year, WFP found 22 percent of the population was living under severely insecure food standards. This has led the WFP to set a new goal at providing five million people in 16 governorates with food assistance and programs to strengthen their community’s resilience.

It has also been announced that the WFP will be appropriating a budget of $495 million for programs and activities in Yemen, starting in 2014 and ending in 2016. WFP’s continued effort in Yemen has already provided assistance to 5 million children, pregnant women, and internally displaced persons (IDPs.) In a place where nearly half of children younger than five years old are malnourished and stunted, there is still much more that can be done.

Doing their part in combating hunger in the area is the Government of India, who recently contributed $1.8 million in an effort that will aid almost 121,300 people most in need of assistance over the next six months. Those funds were used to purchase approximately 2,600 metric tons of wheat, which will provide emergency food assistance for 3.5 million people, 600,000 IDPs, and other nutritional support for 405,000 children under the age of five. Mohammed Saeed Al-Sa’adi, a representative for the Government of Yemen, had this to say about the donation: “We are grateful to the government and people of India for providing this timely donation and we highly appreciate the cooperation between WFP and India in delivering assistance to those in need.”

Appropriated funds going towards Yemen will provide relief over the next few years, but it will only prove temporary if sustainability and community resilience aren’t increased in the area. With a growing deficit of $3.2 billion and poverty rates on the rise since 2011, it is important to realize the consequences which many men, women, and children will face after they have taken a toll. As donations come into the area from across the globe and programs are constantly being implemented into Yemen communities, it is hopefully a fruitful sign of things to come.