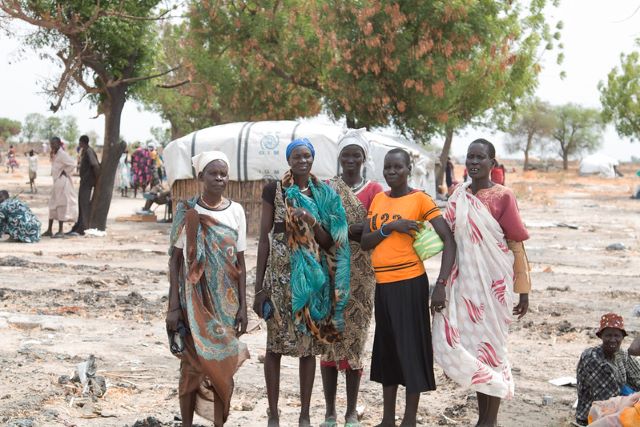 South Sudan, a country in East Africa, gained independence in 2011. This gave more power and opportunities to women. However, women continue to face struggles due to gender inequality. Therefore, women’s rights in South Sudan is a prevalent issue as the country works toward incorporating gender equality in the country’s development.

Schools are a prominent place where gender inequality occurs in South Sudan. This is proven by the difference between the literacy rates of girls, which is 40%, and boys, which is 60%. According to the World Bank, about seven girls for every 10 boys are in primary education and around five girls for every 10 boys attend secondary school. Additionally, as of 2013, a total of 500 girls in South Sudan attended the final grade of secondary school. Moreover, around 12% of teachers in the country are female, which only strengthens gender inequality in education.

To address gender disparities in education, in 2012, South Sudan received grants from the Global Partnership for Education and The United States Agency for International Development (USAID). Through these grants, UNICEF Sudan ran the Global Partnership for Education Program. The Program aims to improve the overall education system by encouraging gender sensitivity and taking measures to prevent gender-based violence in a classroom setting. Additionally, South Sudan plans to build 25 girl-friendly schools in the most disadvantaged regions with the purpose of benefiting 3,000 girls. The Program will give teachers training on gender sensitivity and gender-based violence. Furthermore, South Sudan will implement a new curriculum to further remove barriers to education for girls with the focus of developing solidarity. The updated curriculum will also provide newly written textbooks.

Gender disparity is a significant issue in healthcare affecting women’s rights in South Sudan. The WHO categorized South Sudan’s health crisis as the “highest level of humanitarian emergency” in 2014. As of 2015, the maternal mortality ratio was 730 deaths per 100,000 live births. Violence in South Sudan widely limits access to healthcare since international NGOs supply over 80% of the country’s healthcare. Outbreaks of fighting often lead to the destruction of health centers and the cessation of medical centers, especially since medical professionals may be forced to seek refuge in another location. Furthermore, women are often disproportionately impacted by the vulnerability of South Sudan’s healthcare system. Because women tend to be the primary source of care for their families during a time of crisis, while men are on the frontline, they often delay seeking medical attention to avoid leaving their children alone. Therefore, providing greater access to healthcare for women would improve the health of families as a whole.

Gender-based violence is another challenge women in South Sudan face. An estimated 475,000 women and girls in the country are at risk of violence. Additionally, over half of women aged 15 to 24 have endured gender-based violence. South Sudanese women who have experienced violence also tend to be impacted by stigma, which is a barrier to receiving proper care. The United Nations Development Program (UNDP) aims to work with the South Sudan government, along with the Global Fund and the International Organization for Migration (IOM) to support women by targeting gender based-violence through support programs.