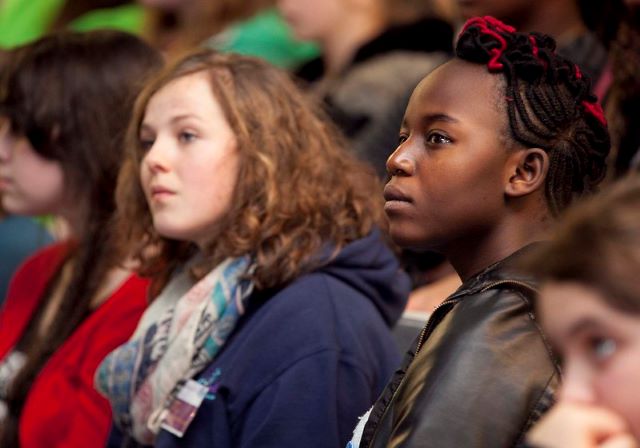 In the 2018 Health at a Glance report, Ireland tied third for the highest rates of mental health disorders in Europe. These include higher rates of anxiety, depression and other mental disorders, with 18.5% of the population having at least one of these disorders. First Fortnight is challenging this mental health statistic through creative means.

One of the main objectives of First Fortnight is to create an open environment for discussion about mental health. The space for these discussions allows perceptions towards mental health to be changed. Stigma can be dismantled through education and awareness, letting individuals be more than their defined diagnosis.

First Fortnight hosts annual festivals celebrating various art forms, and each year, the festivals grow in size. In 2020, the charity was able to organize over 60 events across Ireland with the help of more than 140 volunteers. Adapting to COVID-19, the organization will host its first virtual festival in January 2021. First Fortnight is hoping the change will allow it to reach a wider, global audience.

A proud achievement of the initiative is its Centre For Creative Therapies. This project utilizes art therapy to help the homeless populations. Working with a therapist, the client is given guidance and the ability to express themselves through art. This method allows individuals a safe and healthy outlet to process their emotions and share their experiences. Alongside art, the Centre For Creative Therapies also advocates for music therapy.

The organization’s work goes beyond Ireland. First Fortnight was one of 22 organizations to take part in the Network of European Festivals for Mental Health Life Enhancement (NEFELE). The NEFELE Project, founded by the European Union, aims to establish art festivals for mental health across Europe. In addition to its annual charity festivals, First Fortnight hosted the European Mental Health Arts and Cultural Festival. Taking place in January 2019, the festival saw over 12,000 in attendance.

First Fortnight has also been supportive of the Mental European Network of Sports (MENS) since 2017. MENS focuses on uplifting mental health through the encouragement of physical activity.

The Future of Mental Health in Ireland

First Fortnight recognizes the importance of policies put into place. As part of its mission, the organization develops research needed to implement effective change. With the charity’s help, the Irish Government is acknowledging the value of mental health services. The nation’s 2021 budget includes €38 million toward mental health funding.