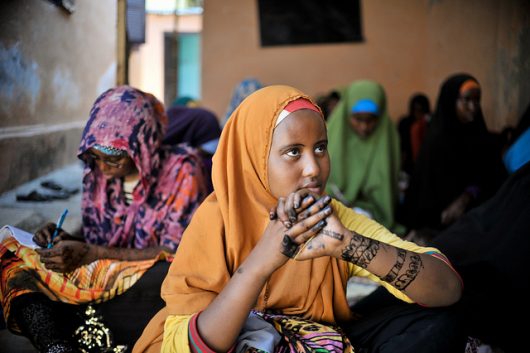 The global AIDS epidemic continues to threaten women’s health. There has been significant worldwide progress in combating this outbreak, as evidenced by a U.N. report showing a 33 percent global reduction in newly diagnosed HIV infections from 2001 to 2012. However, development has been disproportionate for women, especially in regions such as sub-Saharan Africa.

As the Joint U.N. Programme on HIV and AIDS reports, adolescent girls accounted for 64 percent of new HIV infections among youth globally in 2013. In addition, sub-Saharan Africa houses 80 percent of young women with HIV worldwide. Those aged 15 to 24 are nearly twice as likely to contract AIDS compared to their male counterparts.

Such statistics have a number of causes. Women are more likely to be diagnosed with HIV if they have experienced physical or sexual abuse, especially through relationships that involve extramarital sex or little-to-no contraceptive use. Social norms, especially in sub-Saharan Africa, also impose barriers, as men have more dominance over women in relationships.

Lack of education, specifically sex education, also plays a role in women’s disproportionate diagnosis of HIV. A report by the U.N. demonstrated that out of 32 countries, “Women who had some level of secondary education were five times more likely than non-literate women to have knowledge of HIV.”

The probable leading cause of the AIDS epidemic affecting women comes from a lack of health services. Those who have insufficient access to HIV and reproductive health care treatments and support are less likely to monitor their health and thereby reduce infection. This is the case in many African regions. Laws also introduce obstacles; for example, in 2014, nine countries reported regulations that inhibit girls from obtaining HIV-related services.

Executive Director of UNAIDS, Michel Sidibe, confirms: “This epidemic, unfortunately, remains an epidemic of women.” Fortunately, however, a number of organizations have made motions to counter the problem, beginning with UNAIDS itself. In 2015, it introduced a global initiative of reducing HIV infections to about half a million per year by 2020. This plan involves reducing new infections among women by a factor of 75 percent.

As the Human Rights Watch notes, such can be accomplished through legal reform, the implementation of health awareness programs, mandatory education measures and assistance from international NGOs. In order to combat the AIDS epidemic and its effect on women, serious action must continue worldwide.