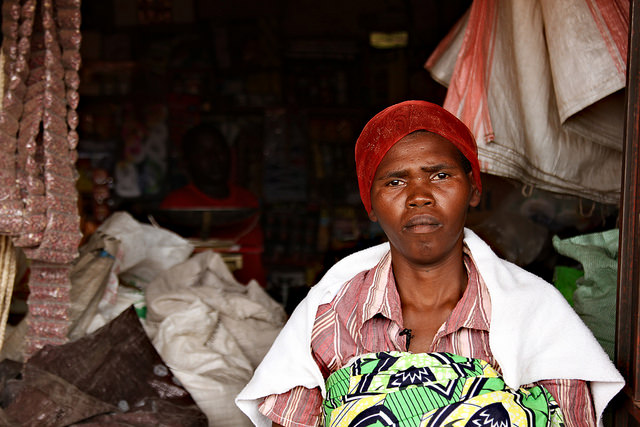 Women’s empowerment in Rwanda is a challenge known to women all too well. Following the end of the Rwandan Genocide in the spring of 1994, the country’s new leadership introduced a series of inclusionary acts that aimed to re-establish the position of women in their strongly patriarchal society.

The approach, though indeed revolutionary, has all the hang-ups usually associated with Top-Down solutions for social change. Namely, the government’s new policy, which requires 1:3 proportion of women to men in parliament, has done little to alter the reign of patriarchy in the general consciousness of the male population. Though the achievements it can claim are remarkable in comparison to many of its neighbor states, the fact remains that the women of Rwanda have yet to realize full empowerment.

Those who can claim empowerment are, interestingly, most often survivors of the genocide. In these cases, the basis of their empowerment stems from what they have made of their shared experience since 1994, not so much from the government’s policy shifts.

A popular example of women’s empowerment in Rwanda is the Widows Associations which formed in response to the massive loss of men during the genocide. Acting, at first, as a support network for newly widowed women, these associations gradually morphed into collations of women who found themselves in new roles as Rwanda’s primary breadwinners.

After 20 years of action, these networks have transitioned from the promotion of women’s issues in the late 1990s to supporting the survivors of genocide. More specifically, the focus is on supporting nearly 500,000 women who were raped in 1994. There is a 76 percent prevalence of HIV in survivors of rape and a 25-30 percent occurrence of PTSD symptoms in the whole of Rwanda’s female population alive in 1994.

In schools, in the home and in less internationally visible arenas, women and girls continue to face the expectations of traditional patriarchy. Even those who have attained seats in parliament have been found, according to a 2014 NPR story, to experience adverse situations at home. This includes marital rape and abuse, as well as general gendered expectations for marital roles, such as women doing the cleaning, cooking, etc.

Ultimately, the challenge women’s empowerment in Rwanda faces is the permeation of social norms. It is only once this has occurred that women at all levels of society will be provided the social support necessary for universal empowerment to occur.