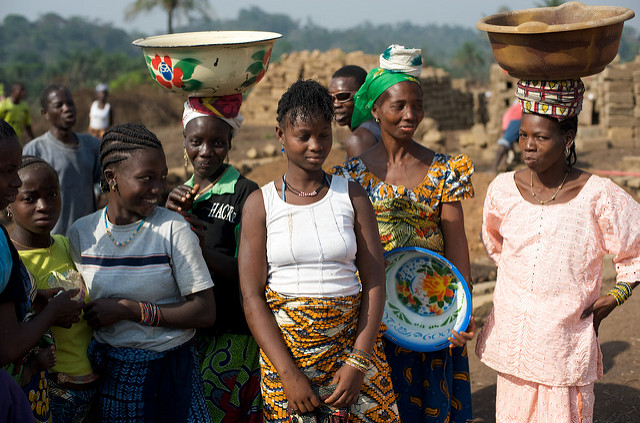 Liberia experienced 14 years of civil war between the years 1989 to 2003, which totaled in more than 250,000 casualties. After 2003, the country spent several years undergoing reconstruction and since then, progress has been made in achieving women’s empowerment in Liberia.

In 2006, Liberia became the first country in Africa to democratically elect a woman president, Ellen Johnson Sirleaf. Along with Leymah Gbowee, the leader of the women’s peace movement, President Sirleaf quickly became a symbol for women’s empowerment in Liberia.

In an interview she gave in April 2017, Leymah Gbowee explains that the real beauty of the fight for women’s empowerment in the country is “in the number of young women who have seen a future beyond what they had” and in particular before the end of the war in 2003. She highlighted President Sirleaf’s role in raising an entire generation of young women to look themselves in a mirror and believe that they can achieve anything. Gbowee views President Sirleaf as the female version of Nelson Mandela, a real trailblazer for women’s empowerment in Liberia.

Through her organization, Gbowee Peace Foundation USA, Leymah Gbowee is working on promoting peace, security and reconciliation in the country, as well as lobbying for girl’s and women’s rights and leadership.

Women in Liberia are aiming to achieve equal political and economic rights. Despite having the right to vote since 1946, it is still a predominantly patriarchal society in Liberia. As such, most positions of authority are occupied by men. The disproportionate number of men in these positions can be explained by the lack of education girls and women receive in Liberia, as well as the high rate of child marriage, all which impact future opportunities for women.

As a result of efforts made to increase access to education and the personal development of girls and women, women represent half of the country’s workforce. The poverty level dropped by 10 percent between 2007 and 2010: according to the United Nations Development Programme, empowering women is central to fighting extreme poverty.

Many associations have been created by women, for women, in an effort to continue the progress for women’s empowerment in Liberia. One example is the Association of Women in Cross Border Trade, created in 2010, which teaches women how to manage their financial resources.

With continuous efforts by these organizations, the progress made for women’s empowerment in Liberia is sure to continue. In the words of Karin Landgren, the Coordinator of United Nations Operations in Liberia, “When women are empowered, nations are transformed.”