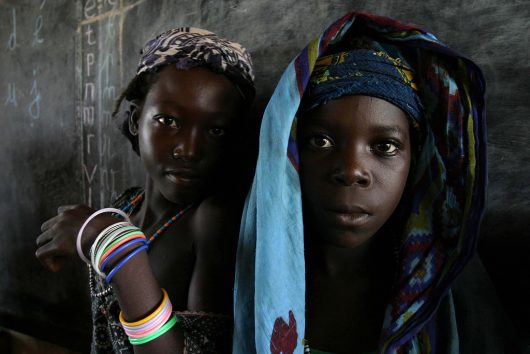 Similar to a few other undeveloped nations, economic and social discrimination are common barriers to women’s empowerment in the Central African Republic. Single women are not regarded as the heads of households and are often denied family subsidies to which they are entitled. While the constitution guarantees equal rights, many women, especially seniors and those without families, had been accused of being witches. The proportion of women in government ministries and female seats in parliament remains relatively low, at 12.5 percent as of 2015.

While equal inheritance and property rights are enshrined in civil law, women are vulnerable to discriminatory customary laws, especially in rural areas. There is no penalty for spousal rape, nor a minimum sentence for rape. Incomplete statistics suggest that one in seven women had been raped during the previous year, while the true incidence of rape could be even higher. Of women surveyed, 22 percent claimed physical harm by a member of their household. Also, there is no set of penalties on sexual harassment till then.

A 2013 report found that access to primary school was not equal for girls and boys. While 65 percent of girls were enrolled in the first year of school, this number sharply declined to 23 percent after the sixth grade. Many girls left school in their early teens to marry and have children. The illiteracy rate of females was also much higher than that of males.

A few global institutions such as U.N. Women and the International Rescue Committee put great effort into the protection of women’s empowerment in the Central African Republic. Their officials appealed to the international community to mobilize for the peace and security of women.

While some notable progress had been recognized on women’s empowerment in the Central African Republic, gender inequality and other related issues persist, demanding patient global advocacy on closing the long-existing gender gaps for this nation.