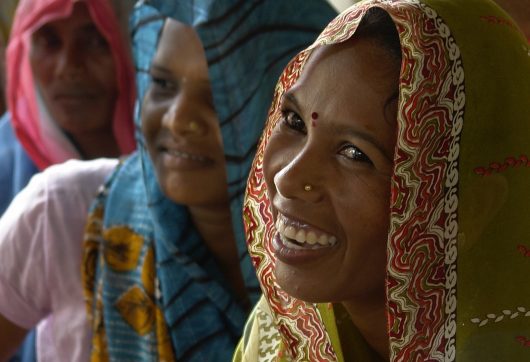 Considering the work that millions of people do in factories around the world, progress is often valued not for the quality of the work but for how quickly the product can reach the market. If money is the primary objective, human beings can be endangered in the process. Without teamwork and employee wellbeing as priorities, products will not make it past production and the economic gains will not materialize. One solution to this culture is Shivam Punjya’s Behno Standard.

Punjya is a man who has sought to revolutionize the conditions in which factory workers operate, especially women. During a 2012 research trip on women’s health in India, he witnessed some extraordinary handmade textile work in rural villages. He was appalled to learn that 90 percent of these beautiful artworks were tailored by women who are paid less than $1 per day.

One year later, a tragedy would ultimately push him into advocacy. On April 13, 2013, the Rana Plaza garment factory in Bangladesh collapsed, killing more than 1,100 workers, the majority of whom were women. This incident brought intense awareness to factory conditions and the need to support workers.

Behno is a word used to describe love, harmony, and balance in its most beautiful connections with creative solutions. It is primarily an artistic expression used by communities full of like-minded individuals who strive for that harmony and balance with love. It is also the name used for the ethical fashion line that Punjya founded in New York.

Its central focus is on providing these factory workers with an environment to pursue their designs without their health being compromised. Through a partnership with a large nonprofit in rural Gujarat, India, called Muni Seva Ashram, Punjya began The Garment Worker Project. This was debuted in July 2016 as the first implementation of the Behno Standard through a collection of social programs.

The Behno Standard is broken into six categories: health, garment worker mobility, family planning, women’s rights, worker satisfaction and benefits and eco-consciousness. Its crucial emphasis is on offering a new meaning to the label ‘Made in India,’ often synonymous with unspeakable worker conditions. With the Behno Standard, Punjya strives to change that outlook and prove that a healthy working atmosphere leads to efficiency and high-quality products.

In Punjya’s own words, “Ethical fashion is such a collaborative space because the supply chain is massive and so convoluted. We encourage other brands to reach out to us, and we reach out all the time, to collaborate and utilize each others’ platforms.” Due to his inspiration for starting in the fashion business, he doesn’t want Behno to be a brand that tries to compete on the basis of profit. Instead, he wants his brand to be the unique type of team that collaborates with other companies.

Business doesn’t necessarily need to be a competition but can delve into a community goal. In that sense, the Behno Standard is transforming the connotations of factory work and joining together to revolutionize how the fashion business operates through human connections.