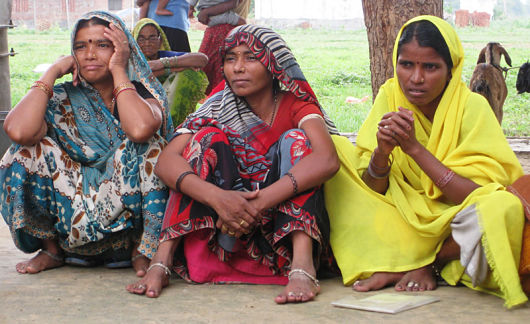 If you have paid attention to any type of news recently, you likely know that women’s rights and equality have been a hot topic in the United States. These issues that women face—violence, employment issues, malnutrition and more—only multiple in developing and impoverished areas around the globe.

Among the tribulations women face are violence, malnutrition, lack of education, unemployment, less access to healthcare and family stress. All of these come in different forms, but with more than 3 billion people in the world living in poverty and 60 percent of those being women according to The Hunger Project, these factors influence billions of women and children every day.

Like in most poverty-based situations, there are positive aspects occurring as well as unpleasant and disturbing news.

Domestic abuse, sex trafficking, childhood marriage and sexual exploitation all fall into the category of violence but are not limited to those forms of violence. Violence is one of the ugliest problems women around the world face, especially impoverished women.

UN Women reported that female children who are poor are “2.5 times more likely to marry in childhood than those living the wealthiest quintile.” If married as a child, girls’ likelihood to experience some form of sexual exploitation increases due to sexual encounters too early in life that are often forced relations.

On top of early marriage, sex trafficking is a widespread problem around the entire world. Sex trafficking occurs in places from the Mid-West of the United States to Central Europe, to highly impoverished areas of Africa.

This disheartening yet growing epidemic targets impoverished women and children specifically. UN Women classified them as being much more vulnerable to become victims of sex trafficking.

For these women and families living in poverty, changing their abusive reality is rarely an option. “Due to their lack of resources and income,” abusive households can provide some forms of security.

The Bad: Though just as ugly, there are numerous additonal troubles that women face while in poverty.

Malnutrition and a lack of healthcare are two of the largest and most threatening problems that women face. The Hunger Project found that “50 percent of pregnant women in developing countries lack proper maternal care,” which results in at least 240,000 deaths annually from pregnancies and childbirth.

The Hunger Project also reported that “1 out of 6 infants are born with a low birth weight in developing countries,” which is due to malnutrition and uncared for health issues in women.

In developing and impoverished areas, healthcare is scarce enough at it is. When healthcare is provided, males are often treated first because of their presumed ability to work more and hold more worth.

This often leaves women and children sickly and untreated. In most situations, men perform agricultural work to sell while women grow food for the family and tend to the children. If unwell, providing for and taking care of the family can become near impossible for these women.

Being uncared for and underfeed trickles down through the families. Nearly 45 percent of deaths in children the age of 5 are due to poor nutrition. With more than 3 million child deaths each year, an average of 8,500 children are dying each day due to malnutrition and a lack of healthcare. Most of these children, according to the Food and Agriculture Organization of the United Nations, are under the age of 5.

With such a disadvantage at hand, women face more obstacles in becoming educated and able to find a superior job that will allow them to take better care of their families.

The Good: Finally, there is good news for women in developing and impoverished areas.

More and more people around the globe are becoming informed about poverty and its difficulties especially for women and children. Poverty for any gender is a constant struggle, but the added stress for women is becoming increasingly apparent.

Through news outlets and by word of mouth, talk about poverty and ways to end it is spreading. Because of the work of organizations like The Hunger Project, UN Women, The Borgen Project and countless more, support and assistance is being sent to the most impoverished corners of the world.

A UN Women-supported project has begun to train families and women on how to become entrepreneurs of their own businesses and the economic ins and outs of it. The program has provided training for “more than 5,000 families in Kyrgyzstan and Tajikistan” so far and is equipping them with needed resources.

This is one example of the many organizations and projects that are working to improve the livelihood of people around the world and for women in poverty. Continuing to raise awareness regarding the overwhelming and frightening facts of our world is the first step to ending poverty for all genders and all ages.

Heat Waves, as Deadly as Disease As Wars Go On, Education Falls Behind
Scroll to top