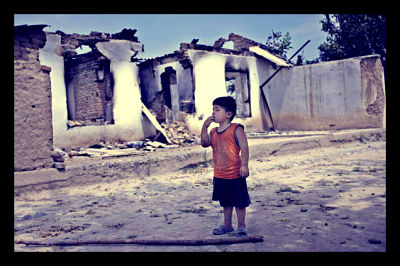 Poverty in Kyrgyzstan remains a major issue. Kyrgyzstan is a former Soviet Republic located in Central Asia, having gained independence in 1991. The Kyrgyz Republic is one of the poorest countries in the world with a Gross National Income (GNI) per capita amassing $440 according to measures from 2005.

Since then, the economy of the nation has managed to stabilize slightly, but almost half of the civilian population continues to live in conditions far below the poverty threshold.

The majority of individuals in Kyrgyzstan dwell in rural locations with most of these rural workers engaging in livestock breeding in order to make a living. Furthermore, these rural populations constitute almost 3/4th of the country’s poor.

The livelihood of these farmers hinges on the quality of pastures, which are unfortunately a deteriorating resource in Kyrgyzstan. According to IFAD, winter pastures are overused while summer pastures are underused. A more even distribution of pastures would help curtail this issue of misuse and underuse.

One reason for the persistent rural poverty in Kyrgyzstan is the resounding effects of the economic transition during the 1990s where the Kyrgyz economy shifted from a command economy to a free market economy promoted by the collapse of the Soviet system. Recovery has been markedly slow with rural populations still lacking access to quality drinking water, infrastructure and education.

Many of these individuals have difficulty transcending poverty due to multiple factors. For example, farmers do not receive adequate training in land management and farming.

As a result, these farmers often unknowingly engage in defective farming practices contributing to the degradation of natural resources, such as pastures, which are essential for the Kyrgyz livestock and agricultural economy.

Furthermore, farmers do not have access to financial assistance that would ultimately allow them to invest in more efficient farming equipment and practices. Therefore, many farmers are stuck in the cycle of poverty.

In addition to agricultural troubles, many individuals in Kyrgyzstan also suffer to secure a sufficient amount of food. An unstable economy and widespread hunger almost always go hand in hand.

Often, the hunger crisis in Kyrgyzstan is exacerbated by natural disasters. For example, in 2008, a severe drought destroyed crops was followed by a brutal winter, contributing to national food insecurity.

However, the World Food Programme (WFP) is attempting to assuage the hunger crisis in Kyrgyzstan.

One program provides seasonal food assistance in the form of staple foods and general food assistance that provides immediate assistance to those in need. Rather than just providing emergency food funds to the nation, WFP has also offered an initiative that supports the improvement of infrastructure, disaster response, and environmental preservation.

Through these programs the WFP is attempting to help Kyrgyzstan sow the seeds of its own prosperity rather than providing temporary relief without any improvements in underlying conflicts.