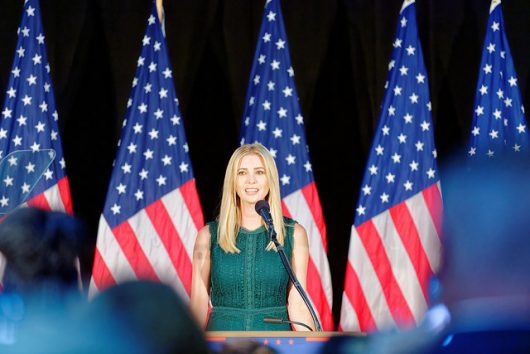 Ivanka Trump recently spearheaded the Women Entrepreneurs Finance Initiative to enable and support women entrepreneurs around the globe. The Initiative’s goal is to train women, give them access to capital, advocate for anti-discriminatory laws and provide women with connections in the business world. The World Bank oversees the program, but it retains funding from many organizations, individuals and countries.

The initiative raised over $325 million in pledges from numerous sources. The United States was a major investor, pledging $50 million. However, the first countries to make commitments were Saudi Arabia and the United Arab Emirates, giving a combined $100 million after President Trump and Ivanka visited the nations.

Numerous other campaigns and projects have attempted to do what the Women Entrepreneurs Finance Initiative is doing, but none of them has achieved on such a large scale. The Initiative will facilitate loans to women entrepreneurs ranging between several hundred and thousands of dollars. It will pay for business training for women, which will result in relationships with their mentors and more connections. Finally, the Initiative will work with local communities, government officials and lawmakers to change law and policy involving women. Through this, Ivanka Trump and the World Bank hope to achieve gender equality in the business world.

Women in business face many challenges globally. Women own roughly 30% of businesses worldwide. Meanwhile, 70% of small businesses with female owners are shut down due to government laws and regulations. According to the International Property Rights Index, about 25 million women worldwide do not have equal rights.

Another problem is the lack of networks and business connections for women. Studies show that men have more social and business connections, giving them better access to jobs and capital. Moreover, women are very poorly represented in the construction, manufacturing and technology sectors. Instead, they primarily own businesses in the retail and service sectors, both of which experience much slower growth than other fields.

At the G-20 Summit in Hamburg, world leaders praised Ivanka and the Women Entrepreneurs Finance Initiative. Ivanka served a lead role in getting the Initiative started, even advocating for the Initiative to her father, President Donald Trump, several months prior.

If the Women Entrepreneurs Finance Initiative is successful, it will be a major step for global women’s equality. With the ownership of successful businesses, women can hold more influential positions in society and better advocate for women’s rights. Discriminatory laws will be eliminated, improving women’s lives everywhere.

What Is the Economic Growth and Development Act? 5 Organizations Helping People in Madagascar
Scroll to top