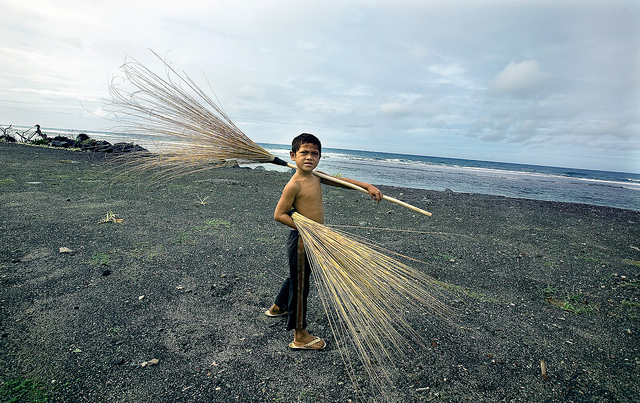 In comparison to some of its neighbors in the Pacific region, the Samoa is largely successful and has a relatively strong economy. However, that is not to say that poverty does not exist in Samoa. There are a number of reasons why Samoa has poverty.

It is true that Samoa does not have extreme poverty. However, it does have large concentrations of working poor. 20 percent of Samoans live below the poverty line.

One of the biggest reasons as to why Samoa has poverty is its geography. Samoa is a small country with limited resources. Its soil is fertile but vulnerable to erosion. Natural disasters, such as volcanic activity and cyclones, have always been a threat to the nation. Samoa is also particularly susceptible to the effects of climate change, including the resulting loss of biodiversity and rising sea levels. The areas most threatened by these phenomena are generally rural and poorer. Furthermore, recovery from cyclones and other disasters can take a long time.

At the same time, fishable marine life is decreasing and the human population is increasing, creating a strain on the economy.

Another explanation for why Samoa has poverty is the high cost of living. Samoan citizens have complained about the fact that one can easily spend $100 in one day for basic necessities, when $100 is often what rural Samoans make in a week. It is not unheard of for Samoans to operate side businesses or do additional work to make ends meet, such as selling coconut oil or selling plates of food.

Despite the apparent inaction of the Samoan government, as well as the multiple possible explanations for why Samoa has poverty, there are some glimmers of hope. Some Samoans have turned to livestock farming, particularly lambs, which until recently was uncommon. Many Samoans turn to their churches not just for spiritual guidance, but for community support.

Additionally, Samoa has made strong progress in meeting the Millennium Development Goals set forth by the World Health Organization, having made social progress on a number of fronts and virtually eliminating extreme poverty. Samoa certainly has its ongoing struggles, but if its people and past are any indication, it has the potential to improve.

Corruption: One of the Main Causes of Poverty in Congo 10 Facts About Child Soldiers in Sierra Leone
Scroll to top