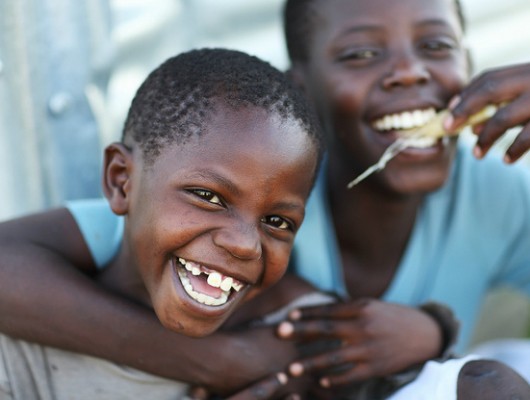 The United States began assisting foreign countries in 1961 with the establishment of USAID. So, if we have been fighting poverty for 54 years, why does it still exist?

In total, the United States gives $30 billion to the world’s poor. That number alone may sound like a lot but not when compared to the $663 billion going toward military spending.

Even so, with $30 billion going toward the fight to end global poverty, why do the problems of poor health and education, hunger and lack of adequate housing persist?

According to new studies, violence is the answer. In a Ted Talk given back in March of 2015, Gary Haugen discussed violence and how it is the hidden reason for why poverty exists to this day. He stated, “The truth is, the poor of our world are trapped in whole systems of violence.”

He went on to talk about how everyday violence must be controlled if our efforts at foreign assistance are ever going to work. “And so the epidemic of everyday violence, it just rages on,” he said. “And it devastates our efforts to try to help billions of people out of their two-dollar-a-day hell.”

An article written in 2011 in The Economist showed similar findings. The magazine reported that violence “is not just one cause of poverty among many: it is becoming the primary cause. Countries that are prey to violence are often trapped in it. Those that are not are escaping poverty.”

The good news is that with this knowledge we can see the way to a better future. Toward the end of Haugen’s talk, he showed areas where such improvements are already being processed.

“Recently, the Gates Foundation funded a project in the second largest city of the Philippines, where local advocates and local law enforcement were able to transform corrupt police and broken courts so drastically, that in just four short years, they were able to measurably reduce the commercial sexual violence against poor kids by 79 percent.”

Other such stories are out there. Guatemala has a program that was put into place to retrain officers in how to deal with violence issues. In El Salvador, Creative was started to help with violence.

“The program is creating municipal observatories, which will collect and corroborate crime and violence data, and developing municipal crime and Violence Prevention Committees that will create action plans in their communities.”

As programs target violence directly, efforts to decrease poverty will have a better chance of success.