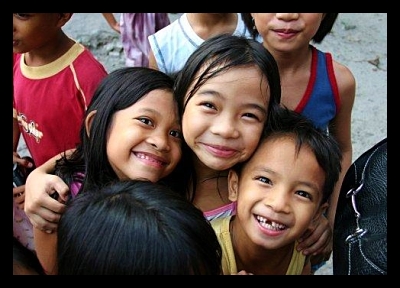 The National Statistics Coordination Board (NSCB) released its latest report on poverty in the Philippines on April 23, 2013. The results of the survey, which is taken every three years, showed that as of the first semester of 2012, 27.9 percent of Filipinos were living below the poverty line. This estimate is a concern to the Philippine government because it shows that despite the government’s targeted efforts, poverty rates have remained relatively unchanged from their 2009 levels.

According to the World Bank, the number of people living in extreme poverty has dropped in every other developing region in the world between 2005 and 2008, leaving many to ask why the Philippines has not seen the same decline.

In the NSCB’s 2006 survey, results showed that 28.8 percent of Filipinos were living on less than $1.25 per day. That number barely changed in 2009 when poverty levels were reported at 28.6 percent. With a decrease of only 0.7 percent over three years, poverty levels appear to have remained stagnant in the Philippines.

The report indicated that the Autonomous Region in Muslim Mindanao (ARMM) ranked as the worst national region with poverty levels in its provinces ranging from 42 percent to 47 percent. The region with the lowest incidences of poverty was the National Capital Region (NCR), averaging around 3.9 percent.

According to the NSCB, poverty rates are well above 40 percent in 15 provinces and one city (Catabato City is chartered and therefore not a part of a province).

In an attempt to combat the intergenerational transmission of poverty, the Philippine government began implementing a grant program for the country’s poorest in 2008.

Conditional Cash Transfers (CCT), funded by the World Bank, are intended to meet short term consumption needs. CCT is given to young children for attending school; to pregnant women to help them with pre-natal care and to families who get their health checked regularly. Despite meeting one goal of keeping children in school, many now believe that the CCT program is not doing enough.

The government responded to the NSCB report by stating that it would begin monitoring poverty trends more closely through an annual survey instead of waiting every three years to do so.

It is not immediately known why extreme poverty in the Philippines has failed to show improvement. Regardless of the cause, it is evident that more has to be done to improve the lives of the country’s poorest.

Read more about poverty in Philippines