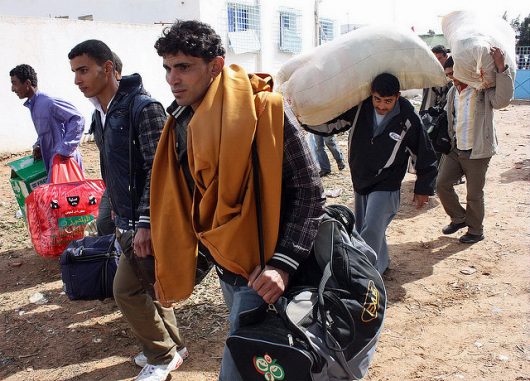 Tunisia is a country of around 11 million people in North Africa. In the past decade, it has emerged as the only success story of the Arab Spring, a revolutionary and democratically-minded movement that swept the Arab world in the early 2010s. So why is Tunisia poor?

In the decade before 2010, Tunisia managed to halve its poverty rate, dropping from 35 percent to 16 percent. This success came from certain important social achievements. Universal access to electricity, high enrollment in primary education and reductions in child malnutrition were significant factors. However, these trends seemed to stall after 2010, and the poverty rate has remained fairly stagnant.

Despite the poverty reduction and economic growth, inequality has also increased. Many investments in the early 2000s moved from high-skill jobs to low-skill ones. Tunisia also lacks a significant social security system and unemployment insurance. Investments typically happen in coastal regions, which increases regional wealth disparities.

In central Tunisia, poverty and and unemployment rates are several times higher than the national average. Some experts worry that the lack of infrastructure and jobs will create a breeding ground for extremism that could threaten Tunisia’s progress.

But why is Tunisia poor in certain areas? Several factors contribute to overall unequal opportunity in Tunisia. Where you live and the circumstances you were born into can determine how long you attend school and whether you have access to water. Additionally, Tunisia falls behind most other Middle Eastern and North African countries when it comes to sanitation.

Certain facts about an individual household in Tunisia can determine whether the family is impoverished. The educational attainment of the head of the household and the ratio of male to female employees are some indicators. Additionally, the ratio of the food budget spent on inexpensive cereal products can also indicate a level of poverty. Finally, households with fewer children are also less likely to be impoverished.

Thankfully, with successes both in reducing poverty in the past and in the Arab Spring, the people of Tunisia have proved that they can achieve incredible social victories. The International Monetary Fund has also recently lent Tunisia $2.9 billion to help address the issue of poverty.

A Continued Water Shortage In Antigua & Barbuda Why is Burundi Poor?
Scroll to top