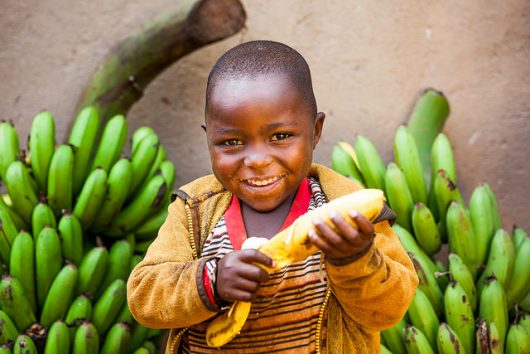 Burundi is a small East African nation located near Rwanda. Unfortunately, 58 percent of the population is chronically malnourished. Only 28 percent are food secure. With a GDP per capita of $818, it is the third poorest nation in the world. How is this nation one of the hungriest in the world, and why is Burundi poor? There are several reasons Burundi is poor and hungry. Below are four.

Burundi has been involved in a cycle of civil wars since they obtained independence from Belgium in 1962. The nation has recorded five episodes of civil war that have claimed more than 500,000 lives and have produced about a million refugees. Consequently, this cycle of war has created an extremely unstable political environment. What is more, the latest two civil wars—one from 1993-2005 and another in 2015 after the controversial reelection of President Pierre Nkurunziza for a third term on a technicality—further crippled Burundi’s economy.

Conflict hinders agriculture, the backbone of Burundi’s economy. In fact, 90 percent of the population depend on agriculture for their livelihood. Due to Burundi’s civil war, poverty increased from 48 to 67 percent of the population between 1994 and 2006. Rising food prices (including a 28 percent increase in 2007-08) affect families’ livelihoods and increase their susceptibility to repetitive natural threats. These threats include flooding, droughts, landslides and the impact of climate change.

War has also impeded manufacturing. For example, the 1993-2005 civil war caused manufacturing production to decline by an average of 13 percent per year between 1993 and 1997.

Finally, war economies are short-term oriented. Even when wars end, post-war economies must overcome a destroyed infrastructure, a devastated productive sector because of allocating resources to fund the war, lack of funds and a dearth of moral standards. These facts make it easier to understand why the rate of investment in the Burundian economy declined during the 1993-2005 civil war years. The rate of gross investment declined from 17.5 percent in 1990 to a mere 5.6 percent in 1998.

Why is Burundi poor? The continuous cycle of violence and war has been a major detriment to Burundi’s economy and has increased the amount of people in poverty in the country.

2. Inefficient Management of Public Finances and Resources by the State

The state of Burundi regularly interferes with the economy. It subsidizes fuel and rations subsidized electricity. The government also influences other prices through state-owned enterprises and agriculture-support programs. Economic freedom is not allowed, and this weakens entrepreneurial activity. The state also takes away private property from citizens.

Burundi is landlocked, and its population is continually increasing. Land is the greatest source of conflict in Burundi. The country is overpopulated and rural, so land is valuable because it is a source of agriculture. Land is a source of life and death. In fact, 89 percent of the population are subsistence farmers and depend on the land to grow food for their families.

In his study, “Why Has Burundi Grown So Slowly?” Janvier D. Nkurunziza cites a 1998 study from the Entequete Prioritaire (EP 1998) that stated the average farmer in rural areas of Burundi walked an average of one hour to get to the nearest marketplace, and it took them 30 minutes to get to the nearest grocery. In addition, there is only one market day per week in many rural areas, and there are no storage areas for perishable produce. Because of this, farmers have no incentive to create surplus. EP1998 data further shows that Burundian producers consume on average 64 percent of their own food produce. The farmers farm to survive, not to grow wealth.

Why is Burundi poor? With a fast-growing population and too little land to house them all, resources and livelihoods are more difficult to acquire and improve.

4. Droughts and Other Natural Disasters

Burundi has suffered from an unusually high number of natural disasters. Droughts, torrential rain, floods and hailstorms have been particularly destructive in recent years. Disasters have contributed to the displacement of communities; the destruction of homes; the disruption of livelihoods and the further decline in food and nutrition security.

Other effects of the disasters include decreases in land productivity and an increase in crop pests. Regions affected by recent natural disasters are also at risk for permanent food insecurity and weak nutritional conditions. Overcrowded areas (about 270 inhabitants per km2, and up to 400 per km2 in the most densely populated areas) have also contributed to greater food and resource scarcity in affected areas.

Why is Burundi poor? Natural disasters through an already impoverished nation into a state of crisis, causing food shortages and displacement.

The history of conflict and leadership in Burundi has had long term consequences for the state of poverty in the country today. The recent decision by several western countries to discontinue aid to Burundi to compel its state to genuinely reform systemic issues that contribute to conflict is not helping poverty in the interim. However, humanitarian aid programs such as the World Food Programme (WFP) and UNICEF offer hope that someday, the Burundian people will overcome the perpetual cycle of poverty through compassion and help from their fellow man. Burundi has a long journey ahead on the path to reform. Understanding its history helps answer the question: why is Burundi poor?

Free Education: Rwandan Entrepreneurs Launch Code for GoodUrbanization One of the Main Causes of Poverty in China
Scroll to top