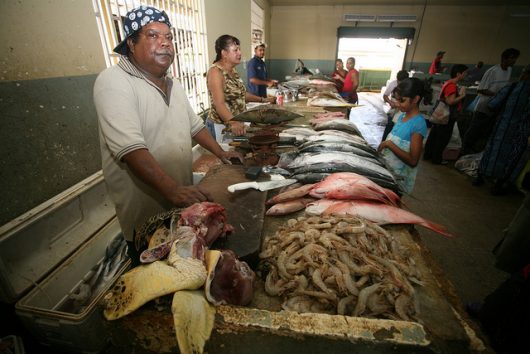 A lack of economic diversification and overdependence on petroleum and natural gas are some of the most important factors holding back Trinidad and Tobago‘s economy. With oil and gas constituting 80 percent of exports and about 40 percent of the gross domestic product (GDP), the island nation has clearly devoted much of its economy to the sale and manufacturing of these natural resources. This leads to several problems.

Oil and gas prices have been in an overall decline over the past several years, so Trinidad and Tobago’s economy has suffered from job loss, reduced tax revenue and reduced development in human capital. These natural resources are also nonrenewable, meaning that they will eventually run out. Trinidad and Tobago’s government has done little to ensure that the country is ready to expand its economy beyond oil and gas once the underground reserves run dry. The overall lack of a business environment to stimulate entrepreneurs is one of the main answers to the question of why Trinidad and Tobago is poor.

Furthermore, the non-energy areas of the economy remain severely underdeveloped and continue to heavily depend on government subsidies. This lack of economic success in non-energy areas discourages potential foreign investors from investing in Trinidad and Tobago, despite the oil and gas sector’s success. Direct foreign investment is undeniably crucial for a country seeking economic diversification, as the inflow of money can help build a strong foundation for new sectors in the economy.

According to a review conducted by the Commonwealth Foundation, a nonpartisan think tank focused on public policy, over 20 percent of Trinidad and Tobago’s citizens currently live below the poverty line. The report also states that 11 percent of the population is undernourished. These unexpectedly high rates of poverty and malnutrition may be partly due to the considerable gender-wage gap present in Trinidad and Tobago.

A study conducted by the Central Bank of Trinidad and Tobago shows that women, on average, earn a staggering 35.3 percent less than men. While this may be partially due to a large portion of women taking low-income jobs, there is certainly a serious amount of gender-based discrimination in wages. It is easy to fall into complacency after the increase in the average woman’s wage – from $9,000 in 2012 to $12,000 in 2014. Despite this rise in pay, however, the wage gap has only been increasing. The average male wage was $18,000 in 2012, but has disproportionately increased to $30,000 in 2014.

Another issue presented by the gender-wage gap affects families with single parents. In Trinidad and Tobago, the children of single parents are six times more likely to live under the poverty line. With about 75 percent of single families headed by the mother, the issue of the gender-wage gap becomes truly alarming. It is illogical to expect single mothers to not only care for her children but also provide for them if she is working for significantly reduced wages and has no supplemental income.

This economic disparity between men and women has led to efforts in increasing the resources dedicated to educating and training women. With the number of women in the workforce steadily increasing over the past few years, women in Trinidad and Tobago have definitely seen improvements in their social and economic standing. Nevertheless, there is still much progress to be made. Passing legislation to eliminate the wage gap would be a substantial step toward promoting economic success in Trinidad and Tobago, in addition to the inherent benefits of working toward gender equality.

Answering the question “Why is Trinidad and Tobago poor?” requires a more convoluted response than expected. The nation of Trinidad and Tobago is undoubtedly one of the wealthiest countries in the Caribbean despite its deeply embedded economic flaws. While the country has made impressive progress by developing social programs to help the vulnerable, nurturing new businesses to encourage private sector growth and eradicating the gender-wage gap must be near the top of Trinidad and Tobago’s priorities for there to be long-term economic improvement.

Is the Slovakia Poverty Rate Reduction Sustainable? Examining the Causes of Poverty in Mauritania
Scroll to top