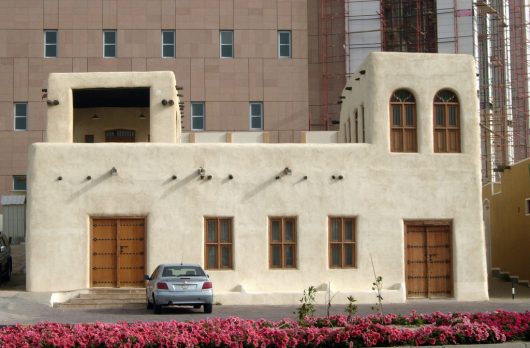 Is there poverty in Kuwait, or isn’t there?

Statistical tables published by organizations such as UNICEF, the World Health Organization (WHO) and the CIA World Fact Book don’t show any measurable poverty in Kuwait. In addition, Nations Encyclopedia flatly states that “poverty is almost non-existent” in Kuwait. Anecdotal evidence, though, suggests that there is at least some poverty in Kuwait. For example, one set of anecdotes comes in response to a question on Quora: “what is life like for poor people in Kuwait?”

Respondents said, first of all, there is poverty in Kuwait, even if it goes unacknowledged. They counted among the poor: laborers, shepherds working in deserts, illegal immigrants and maids, some of whom were abused by their sponsors and employers. The common denominator for many of the poor is that they are non-citizens. They frequently come from tribal families who settled in the country only in the last 30 years. Many of these relatively recent arrivals were not granted citizenship, and as non-citizens they often face serious economic challenges.

Kuwaiti citizens, on the other hand, have greater access to the wealth of the country that comes from its oil. For example, around 90% of citizens work in the public sector which is largely funded by oil revenues. All citizens are eligible for help from the country’s extensive social services. These services include care for the needy, direct transfers to widows and students and help for families in a variety of circumstances — divorce, old age, disability, parental death, illness and financial difficulty.

For most of its young history — it won its independence in 1961 — Kuwait could afford generous state welfare because it is sitting on 6% of world oil reserves. Oil makes up 95% of its export revenues and 95% of government income. With the collapse of oil prices worldwide, down 60% since 2013, Kuwait had to do some belt-tightening. Like other Arab states, Kuwait has taken steps to reduce spending and increase revenues.

Kuwait has said it is prepared to lower subsidies for fuel and public utilities. The country said it would freeze, or at least slow, the growth of wages in the public sector. Kuwait also has other means to handle the shortfall in oil income in the short-term. Like the other Gulf states, Kuwait has extensive sovereign funds at its disposal. In total, the Gulf states manage $2.5 trillion in assets; that’s 37% of total assets of all sovereign funds in the world. Kuwait can use these if it needs to, though the long-term solution for Kuwait’s economy is to diversify its sources of income and grow the private sector, according to economists.

All in all, then, life in Kuwait looks like it should be pretty good, even with the oil price problem. Or, maybe not. Three years ago, before the belt-tightening, a blogger in the Kuwait Times, Thaar Al-Rasheedi, claimed that 90% of Kuwait’s citizens led poor and miserable lives. Even with apparent high salaries, Al-Rasheedi said, “there is hardly a citizen who still has a single dinar by the 15th of the month.” He went on to say that the problem is that rents are too high, installment loans are too high and there are in general “soaring prices right under the government’s nose and with its consensus.” “In fact,” Al-Rasheedi concluded, “we are experiencing intentional poverty on the last 15 days of each month!”

Is there poverty in Kuwait? It could depend on who you ask.