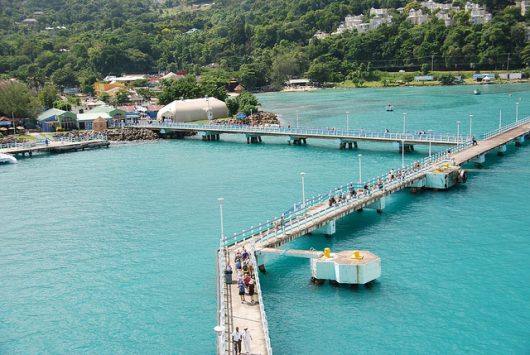 Jamaica is known to be an upper-middle-income country. Yet, it is one of the slowest-developing economies in the world. Its poverty rate has improved, decreasing from 19.9% in 2012 to 18.7% today. Although there is a significant improvement, there are still present causes that answer the question, “why is Jamaica poor?” Crime, unemployment rates, reliability on imported goods and other social conflicts contribute to poverty in Jamaica.

Jamaica constantly faces crime and violence. It has an above-average crime rate as well as high poverty levels. People commit crimes usually when they are in need. Because of poor conditions, there is a need to steal food out of hunger or other circumstances. These criminal acts are a direct effect of Jamaica’s impoverished state.

Unemployment is a great challenge many Jamaican families go through. The unemployment rate is around 12.9% as of the end of last year. This creates difficulty for children trying to go to school. With no education, there is no social growth within the community. This is another answer to the question “why is Jamaica poor?”

Jamaica’s education system requires most schools to have fees. This creates a barrier for many households because they cannot afford these fees. Limiting children’s education limits their opportunities to reduce poverty in the country, and the cycle continues.

With an 8.29% inflation rate and high reliance on imported goods for daily necessities, most of Jamaica is scraping its way through survival. And so, why is Jamaica poor? Jamaica’s public debt, unemployment and crime rates have weakened the economy over the years. While Jamaica has many in poverty now, it does not mean it is its fate. With organizations working to reduce poverty around the world and Jamaica’s significant improvement, the country has a developing future.