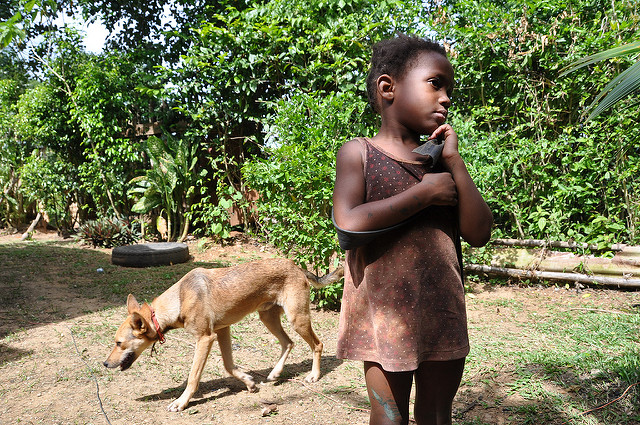 Jamaica is the third-largest island of the Greater Antilles and sits just 90 miles south of Cuba. The country gained full independence in the summer of 1962 from the United Kingdom. It remains part of the British Commonwealth, and as a result, Jamaica makes up the third-most populous English-speaking country in the Americas. Within the last year, education in Jamaica has seen great improvements. Yet, these changes came with years of challenges that have been difficult to overcome. The Education Ministry of Jamaica has become an icon for other Caribbean nations with similar histories, wishing to improve their education systems. Here are five significant facts about education in Jamaica.

Education: A Tool to Weaken Segregation

By the 1860s, the British relied less on missionary schools, and instead, education in Jamaica was absorbed into the sponsorship of the colonial government. As time went on, separate educational tracks for boys and girls were established by the Lumb Report of 1898. Boys would focus on agricultural training which is a method believed to better control the colonial economy.

To encourage secondary education, elementary schools held annual scholarship questionnaires to allow those unable to afford school fees to attain a higher education. Between 1943 and 1944, the Kandel Report and the Plan for Post-Primary Education in Jamaica concentrated on alleviating the problems of harsh segregation through quality post-primary education. The report and plan resulted in creating a common literacy core for girls and boys.

Grades one to six educate students ranging from the ages of six to 11. Primary education in Jamaica has accomplished universal enrollment yet there are still many challenges that the education system faces.

In elementary school, private and public schools offer very different educational outcomes. Those who attend private schools are often at an extreme advantage while those attending public schools may leave after six years, never fully learning how to read and write. The factors that create this disparity include:

By the end of grade six, however, every student must take the Grade Six Achievement Examination (GSAT).

By grade four, 70 percent gained mastery of the literacy test. Studies concluded that girls had mastered the literacy test at 81 percent. Boys, on the other hand, had only mastered the test at 59 percent. The numeracy test had even more crippling results. Only 45 percent of students showed mastery. The boys made up 36 percent, behind their female classmates that amounted to 55 percent.

Work To Increase the Quality of Education

Education in Jamaica is on the way towards change. The nation has developed goals to empower Jamaicans by providing quality education. The Ministry of Education launched the Education System Transformation Program (ETSP) in 2009 with the ambitious goal of improving education through a decentralized accountability framework.

A network of institutions is working together to improve the education for every student. The World Bank reported that 90 percent of public schools inspected are prepared to implement the coming plans. Furthermore, 95 percent of all teachers have met all requirements to be registered. The successes of the program resulted in other Caribbean countries approaching Jamaica’s Ministry of Education for help in implementing a similar strategy.

GSAT Performance Has Increased in 2018

The year 2018 has already been very successful for education in Jamaica. The Education ministry reported in June about the extraordinary improvement in the GSAT performance. Education Minister, Senator Ruel Reid, says that an overall increase in four of the five subject areas tested have seen great improvement. Furthermore, 100 percent of the students who registered for the examinations will be placed in seven-year high schools. This historic school year in Jamaica shows great promise for future generations.