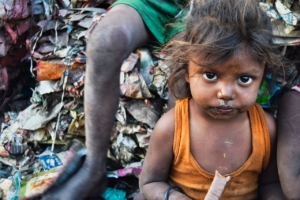 The word poverty is common in discussions of politics, global issues, health and education around the world. Although many organizations are working to put an end to poverty, the general public often has many questions surrounding this prevalent topic. What does it mean to be in poverty and what is the poverty level?

The most recent poverty level set in 2015 stated that an adult making less than $1.90 a day is in poverty. People could questions surrounding the poverty level from a variety of perspectives. Politicians often use it around the globe to allot aid and develop economic policy, but mathematicians can also use it to compare the rates of poverty among countries and solution-oriented NGOs can use it to understand the root causes of poverty. In today’s era, one hefty debate revolves around the impacts of globalization on poverty-ridden countries. This is just one context in which the poverty level is a useful tool in decision making and analysis.

Who Determines the Poverty Level?

The World Bank sets the international poverty line and it fluctuates over time based on how the cost of living changes around the world. To calculate a shared poverty level internationally, the World Bank takes the poverty threshold from each country and converts it into a common currency. It does this using Purchasing Power Parity (PPP), which creates equilibrium among currencies so that the same basket of goods in two different countries will receive the same pricing in each country. PPP is an economic theory that allows the World Bank to put each country’s income and consumption data in globally-comparable terms to ensure that the same quantity of goods and services receive equitable pricing across countries.

Why is it Important to Measure Poverty Levels?

Developed nations, such as the U.K., debate the costs of living and raises in income. In low-income countries, analyzing poverty levels is important for targeting development initiatives and evaluating economic progress over time. For instance, The Rural Support Programmes in Pakistan work to identify needs in rural communities and improve the delivery of basic goods and services in these areas. These programs use poverty levels to evaluate their work and support development initiatives in the area.

Who Lives in Poverty?

The U.N. estimates more than 700 million people live in extreme poverty around the world, struggling to fulfill the basic necessities of life. About 70 percent of these people live in Southern Asia and sub-Saharan Africa, however, these issues affect developed countries as well. Estimates determine that there are 30 million children growing up near or below the poverty line in the world’s richest countries.

What are the Causes of Poverty?

The causes of poverty are diverse and far-reaching, but they often include unemployment, social exclusion, conflict, natural disasters, disease and other phenomena that prevent them from accessing the resources they need to be productive and make a living.

With an estimated four million people living in extreme poverty, the Democratic Republic of the Congo currently has one of the highest poverty rates in the world. Although the country has access to many natural resources, political unrest has plagued it in recent years. The Democratic Republic of Congo has suffered through continual corruption of political officials that has stifled development so that it remains nearly impossible to easily access or extract any of the country’s natural resources. Therefore, it remains difficult to make a living, or even have access to the basic necessities of food and water.

Despite the dismal numbers, some organizations are making huge strides in overcoming global poverty. Organizations like Oxfam International have made it their objective to reduce worldwide poverty. Working in over 90 countries and directly reaching millions of people each year, Oxfam primarily tackles issues of inequality and discrimination. It also provides direct aid in times of crisis and educates the world’s poor in an effort to impact the root causes of poverty at the political level.

Groups like Oxfam often utilize the international poverty level to assess and direct their efforts. Unfortunately, there is no magic solution to such a widespread problem. In order to solve the issue, though, everyone must first understand its causes. By implementing the poverty level system, the world should be on the right track to eradicate extreme poverty.