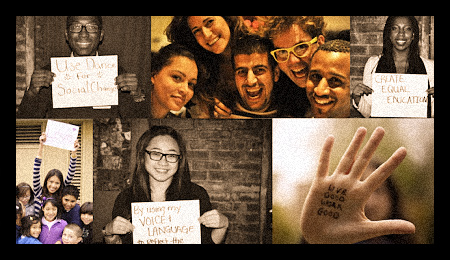 Social change is defined as “the alteration of mechanisms within the social structure, characterized by changes in cultural symbols, rules of behavior, social organizations or value systems.”  Such changes affect our way of life on both a macro and micro level, with the former involving major social institutions, and the latter our value and belief systems.

A multitude of factors can cause social change, including:

Activists for social change are no longer relegated to traditional outlets such as television, radio and newspaper.

Some use direct grassroots avenues such as “state and local ballot initiatives, electoral politics, lobbying and advocacy, direct action, media events and litigation.”  Others are achieving previously impossible endeavors by reaching millions of people globally through online and social media activism.

The game pits the player into the role of a special agent tasked with capturing a fugitive.

The player then faces a series of events forcing him or her to make tough decisions about pressing international issues.  The fugitive is played by Harold Perrineau, an American actor most known for his role in the television series “Lost.”  Perrineau talks about the importance of America 2049’s message, stating, “I hope that through playing America 2049, young people in particular will be inspired to help stop institutionalized hatred and intolerance – today.”

Alternately, there are those who are bringing social change by “injecting market principles into funding” and utilizing the strength of the business and economic sectors.

Toby Eccles, founder and development director of Social Finance, has pioneered such business models for change.  Social Finance is a United Kingdom-based non-profit organization that operates under the belief that “if social problems are to be tackled successfully, organizations seeking to solve them need sustainable revenues and investment to innovate and grow.”

Eccles developed innovative outcomes-based contracts known as Social Impact Bonds and, more recently, Development Impact Bonds.  In a talk he gave at Technology Entertainment Development Global in June 2013, Eccles said, “If you make the economic case, then the value of doing something would be completely compelling.”

The bonds allow for private investments to provide upfront funds for prevention and early intervention services to be delivered by seasoned service providers; the public sector only pays back if the intervention is successful.  Development Impact Bonds are the newest SIB spinoffs, where instead of governments being responsible for paying back investors, the onus is placed on international donors or development agencies.