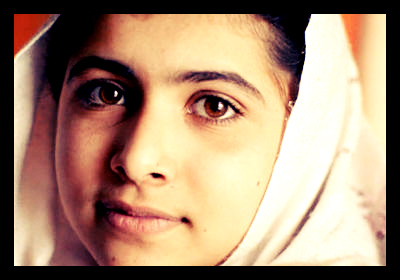 Malala Yousafzai has become one of the world’s most prominent advocates for children’s education, following an assassination attempt against her from the Taliban. This young girl, who almost died standing up for her right to learn, who lived to tell the tale of being shot in the head for simply going to school, has become a symbol for the dignity of an education.

At least three million children have been displaced as a result of the current conflict in Syria, according to United Nations High Commissioner for Refugees estimates. On average, these children are likely to spend 10 years in refugee camps or in temporary shelters. The right to receive an education or to be educated upon reaching adulthood and to experience childhood with dignity and hope for the future cannot wait.

Malala is making efforts to ensure that the masses of Syrian children are afforded these basic rights. On February 18, the 16-year-old girl visited the Zaatari refugee camp in Jordan in an effort to raise money for children’s education in the camp.

“When I think of these children, I can feel what they would be feeling now and what they are suffering through. So that’s why I think that it’s a responsibility to protect these children,” Malala said.

Currently, 50,000 students are educated in only three schools. Despite the tremendous difficulties facing refugee camps, such as food, shelter and adequate hygiene, Malala expresses the importance of education for young children coming from violent circumstances. Whereas aggression and brutality can negatively influence a child’s behavior, education and school environments help teach children to work in groups and solve problems in a healthy manner.

In Lebanon, some schools are going on double shift in efforts to equip Syrian refugee children with a proper education. The double shifts allow more lessons for more students without requiring any new facilities. Within weeks, these institutions have shown results that children have started to recover from their traumatic experiences.

Malala Yousafzai has taught the world that an education is something worth fighting for. Home or no home, all children deserve to learn.