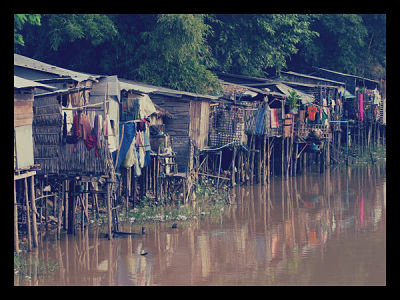 Global poverty, at least on first blush, seems to be a rather self-explanatory concept. To be poor, we understand as Americans, is being unable to afford certain necessities. But what it is to be poor, that is, what it is to be unable to afford certain necessities would surely depend on who you are asking. What you consider necessary, such that it would constitute a necessity, would most certainly change your definition of what it means to be poor. So, is global poverty subjective?

Extreme global poverty, as defined by today’s standards, is living on less than $1.25 USD per day. To be considered extremely poor, therefore, would require living on about $450 USD a year or less. Worldwide, there are 1.2 billion people who would “qualify” as living in extreme poverty. But is living on less than a certain amount of money a day all there is to poverty?

The World Bank suggests that poverty is a pronounced and multi-dimensional deprivation in well-being. Rather than placing a number at which one is considered poor or extremely poor, the World Bank definition operates on a holistic approach that takes multiple factors into consideration. For example, communities with inadequate access to health services or education may be considered to be facing the circumstances of poverty, though they live on an amount in excess of the global standard for poverty. Likewise, living with insufficient physical security or certain basic human rights, say freedom of speech, may constitute poverty.

Clearly, what is poverty is not limited to a financial over/under amount, such that it demands a more inclusive, and perhaps malleable, definition. Because understanding what poverty actually is is so fundamental to addressing poverty as an important global issue, however, the United Nations has dedicated both time and resources to better recognizing and defining the many facets of poverty. As a result, the world’s largest multi-governmental organization has developed several working definitions of poverty, including “absolute poverty” and “overall poverty,” while the official United Nations definition of “poverty” is as follows: “Fundamentally, poverty is a denial of choices and opportunities, a violation of human dignity. It means lack of basic capacity to participate effectively in society. It means not having enough to feed and cloth a family, not having a school or clinic to go to, not having the land on which to grow one’s food or a job to earn one’s living, not having access to credit. It means insecurity, powerlessness and exclusion of individuals, households and communities. It means susceptibility to violence, and it often implies living on marginal or fragile environments, without access to clean water or sanitation.”