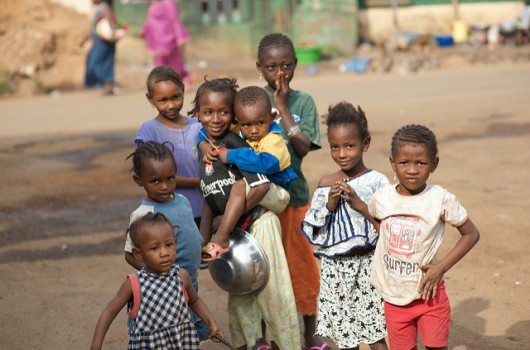 What causes famine in Africa? Over 40 million African lives are threatened by famine and food crisis. A number of factors contribute to widespread and stubborn famine, such as extreme weather, weakening currencies and a failure to mobilize resources.

Although international aid is an imperative aspect of a country’s ability to cope, food aid alone will never solve the reoccurring problem.

“Food aid is focused on short-term emergencies and doesn’t address the causes of the crisis,” according to Poverties, an organization that provides social and economic research. “That’s why even if it’s badly needed in emergencies, a long-term plan is also vital.”

Programs such as The Purchase for Progress and World Food Program seek to develop local farming industries. Investing in agriculture prevents future food shortages and supports a local economy rather than only relieving famine in the short-term.

For international aid to be most effective, it is crucial that it arrives in a timely fashion in predictable amounts and is properly targeted. An earlier response to a crisis builds resilience in a community and is more cost-effective than waiting to treat seriously malnourished people. According to Mail and Guardian Africa, the continent needs at least $4.5 billion for emergency relief.

Across the Horn of Africa and South Sudan, a combination of war and severe drought create food insecurity.

Continuous fighting hinders food aid; the areas that need it the most are the areas hardest to reach due to the security situation. Ethnic discrimination is a factor as well as the region being hit hard by AIDS. The disease causes those weakened by starvation to be unable to fight for survival.

Instability in the market causes food prices to fluctuate, making it difficult for the poor to have access to nutritious food consistently. These spikes in price hit children and the elderly the hardest.

With unrestricted access and thorough planning, international aid can drastically relieve food crisis. Providing resources and assistance to Africans can foster sustainable development strategies specific to the region and its weather as well as boost economic development, preventing famine in the future.