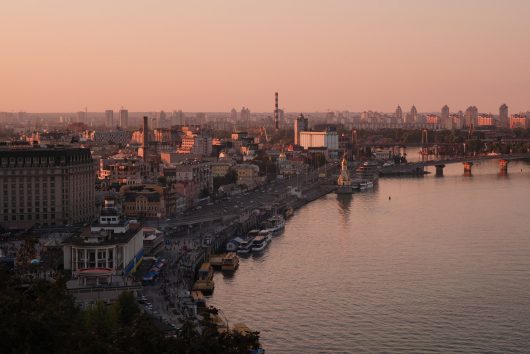 Water in Ukraine is scarce and highly contaminated. The country’s water system is degradable and the tap water should not be consumed by anyone in the southern region of the country.

Overall, water quality in Ukraine has drastically deteriorated in the last decade. Water resources in the country are unevenly distributed and have resulted in high costs for water security. Ukraine’s availability of water has decreased while water contamination has increased due to trace metals and emerging pollutants.

Despite Efforts, Treatment Systems are Imperfect

The water treatment methods for drinking water can only provide partially safe drinking water. The country is concerned that large amounts of chlorine in water treatment processes cause the formation of mutagenic and carcinogenic chlorine organics. These organics have a negative impact on drinking water security and neurogenic health effects. The Ukraine government has recently developed and implemented a national and regulatory framework for strict sanitary measures. Such measures include a law on drinking water standards and increased public awareness on the changing culture of water use in the country.

Water quality in Ukraine is affected by the lack of pipe systems in the southern region of Ukraine and the Crimea. The poor state of water pipelines are a major concern for the country and has led to wasted drinking water and a reduced quality of tap water.

The pressures on water resources in Ukraine are extensive. Eight out of ten southern oblasts, as well as the entire Crimean Republic, do not receive enough water. Poorly treated wastewater is discharged in 136 cities and towns in over 50 urban villages each day. More than 1,000 communities have had to be supplied with delivered water.

Water quality in Ukraine can improve by minimizing contamination of surface and underground water sources. Through improving water treatment, renewing water and sewage pipelines, and funding to implement the country’s draft program that was proposed in 1995,  improvements to water quality in the Ukraine look hopeful.