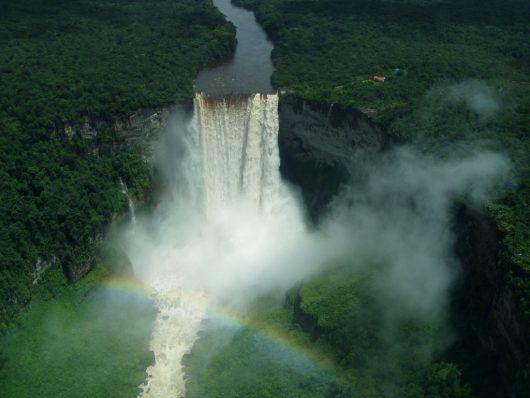 One of any civilization’s most important resources is its water supply, and in Guyana, the importance of water quality is paramount. Guyana’s top exports and leading industries are agricultural, which requires a massive proportion of the country’s water withdrawals (94.4 percent in 2010). The country’s long-term average annual precipitation is 2.4 meters, and the average actual renewable water resources total around 600,000 gallons a year.

According to U.N. Water, Guyana invested around $36 million into water-related infrastructure and programs from 2003 to 2011, and more than 37 percent of that money, approximately $13 million, was put into the large water supply and sanitation systems. “In 2003, water supply and sanitation – large systems received 7.9 million constant 2010 U.S. dollars, representing the largest amount invested by the government in one water-related category over this period,” the U.N. Water Guyana country brief states.

In that seven-year span, official development assistance totaled more than $84 million, of which nearly 35 percent, or $29 million, went toward large water supply and sanitation systems. The U.N. Water report on Guyana states that water, sanitation and hygiene factors contributed to more than 300 deaths in 2004, which is nearly 3.5 percent of all deaths in the country. Since 1990, the under-five child mortality rate has dropped from a probability of 65 per 1,000 lives births to fewer than 30 per 1,000 live births in 2010. This may be due to the increased number of children with access to improved drinking water sources and sanitation facilities.

The U.N. water report also states that 94 percent of the country’s 758,000 people used an improved drinking water source in 2010, compared to 88 percent in 1994. In addition, the number of people with access to improved sanitation facilities rose 10 percentages points in those 16 years.

The report notes that little data is available on drinking water quality in Guyana. It clearly states that the country faces water-related challenges, including contamination of potable water supplies, which lead to water-borne diseases such as vector-borne lymphatic filariasis and leptospirosis. It also notes that there is a lack of highly qualified personnel within water sector institutions.

According to the World Health Organization and the Center for Disease Control (CDC), these diseases are generally associated with standing water, mosquito-borne lymphatic filariasis and contaminated (water related) leptospirosis.

A July 2014 news release from the Inter-American Development Bank (IADB) states that water quality in Guyana may soon vastly improve with The Program to Improve Water and Sanitation Infrastructure and Supply.

The IADB loaned Guyana Water Incorporated more than $16 million while the European Union invested more than $14 million, in part to educate residents on proper hygiene practices.

This program could help decrease the prevalence of leptospirosis as it is commonly correlated with coming in contact with waters contaminated by animal waste, according to the CDC.